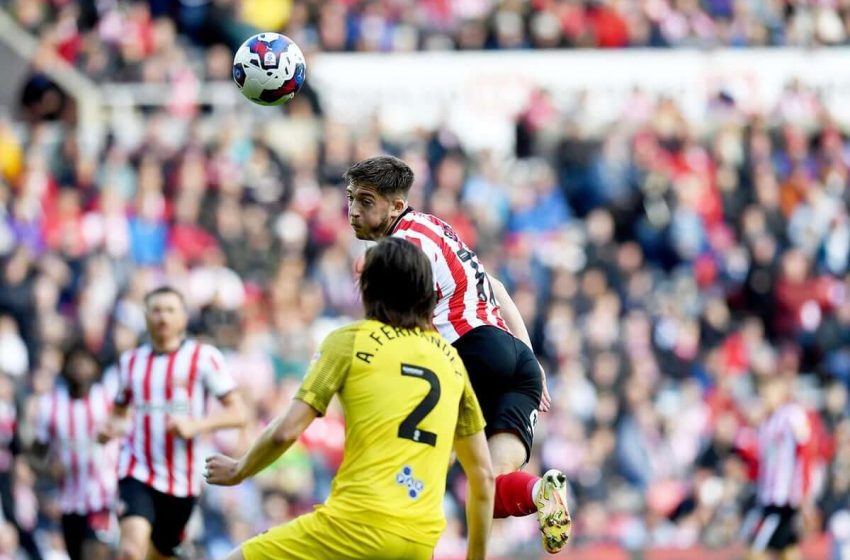 Sunderland and Preston were forced to split the victory as their match at the Stadium of Light ended in a scoreless draw.

Elliot Embleton and Patrick Roberts, who both had several opportunities to break the score, missed opportunities, while Ched Evans of Preston was denied in the second half.

With three goals scored and four goals allowed from 11 games, the Black Cats slip to seventh place in the Championship standings while Preston move up to fourteenth.

After a long pass found Jack Clarke, who then troubled the Preston defence with a pass into the box, Sunderland launched their first effort of the first session.

A short while later, the hosts passed the identical ball to Clarke, who found Aji Alese, who pulled the ball down but was unable to score.

After receiving the ball on the outside of the box, Roberts had an opportunity of his own, but his curling shot just missed the top-left corner.

The Lilywhite defence cleared Embleton’s shot from the right just before halftime, and Freddie Woodman made a fantastic low save on Embleton’s follow-up attempt. The Black Cats kept up the pressure and came near again.

A few minutes later, Woodman was had to perform again, but this time he easily denied Alese.

End-to-end play characterised the opening minutes of the second half. Preston’s Whiteman burst forward, and Alan Browne whipped in a pass from the right, but no one was in position to take a shot.

When Evans received a free kick in the middle of the area, Patterson was called into action after 52 minutes. The Sunderland goalkeeper powerfully pushed Evans’ shot over the crossbar.

After threading the ball past two Preston defenders, Roberts’ low shot rattled past the bottom corner and came within inches of giving Sunderland the lead.

When the ball dropped to Jordan Storey from a corner, Preston almost had an opportunity. He hit the ball into the bottom corner, but it was cleared, and Patterson then made a diving stop on a subsequent free kick.

Replace Jewison Bennette did a good job of keeping the ball in play and finding Roberts, but Woodman stopped the winger’s low attempt.

Once more called upon, the Preston shot-stopper reacted swiftly to deny Bennette with a low dive.

Patterson was able to save Browne’s low strike that caused a little deflection for Preston in stoppage time.