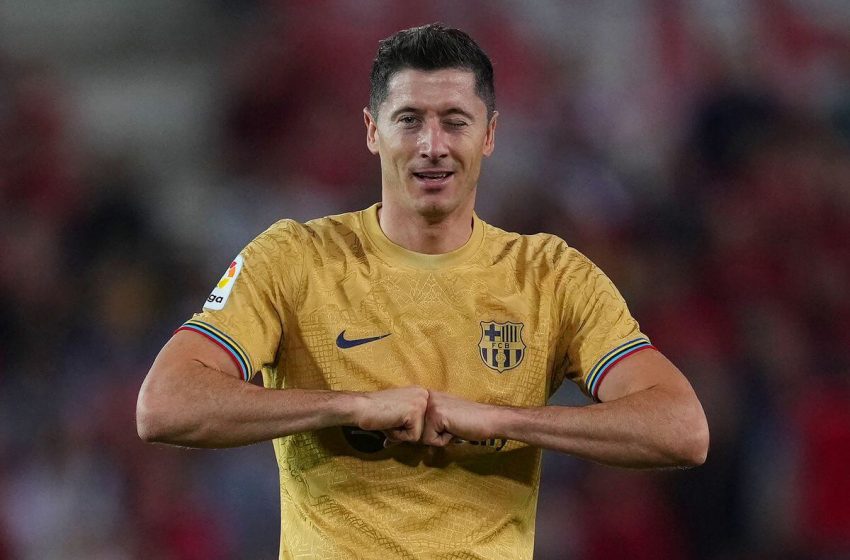 However, Barcelona capitalised on their lone clear goal opportunity thanks to the brilliance of Lewandowski.When he sprinted into the box, made a great cut inside to clear a defender, and slid the ball to the goalkeeper’s left in the 20th minute, the Polish striker gave Barca the victory.

Ter Stegen and Lewandowski are just two examples; there are other factors at play, according to Barcelona coach Xavi. Despite the fact that they undoubtedly made the difference tonight. Marc is performing brilliantly. Additionally, Robert is a talented goal scorer—possibly the finest in the world.

“It’s a significant victory over a really competitive team in a challenging stadium. We showed patience. Attacking when there is no room is usually difficult since you need to be nearly perfect. Although it was challenging, we had to push for the second goal since after the halftime, we had played the way Mallorca had preferred.”

Lewandowski, who transferred from Bayern Munich to Barcelona in July, became the first player since Ruud van Nistelrooy of Real Madrid in the 2006–07 campaign to score in six straight LaLiga weeks.

Mallorca left defender Jaume Costa told Movistar Plus, “It’s a shame playing such a complete game as we did against one of the top teams in the world and not being able to walk out with at least a point.”

After many important players returned from international service with injury, Xavi had a difficult time choosing his matchday lineup.

Ansu Fati, a youngster, received his first league start from Xavi and his second of the year. The 19-year-old initiated the play that resulted in Barca’s goal by seizing the ball on the left and passed to Lewandowski as he battled his way back from four operations to address an injury to his left knee sustained in late 2020.

In the 35th minute, he produced an outstanding knee save to stop Jaume Costa from scoring with his first touch from close range.

Following the half, Mallorca continued to exert pressure, and the German goalkeeper was once more on hand to prevent an equaliser by blocking an Antonio Sanchez attempt from within the area. Just before the final horn, he returned to stop Kang-In Lee and secure the three points.