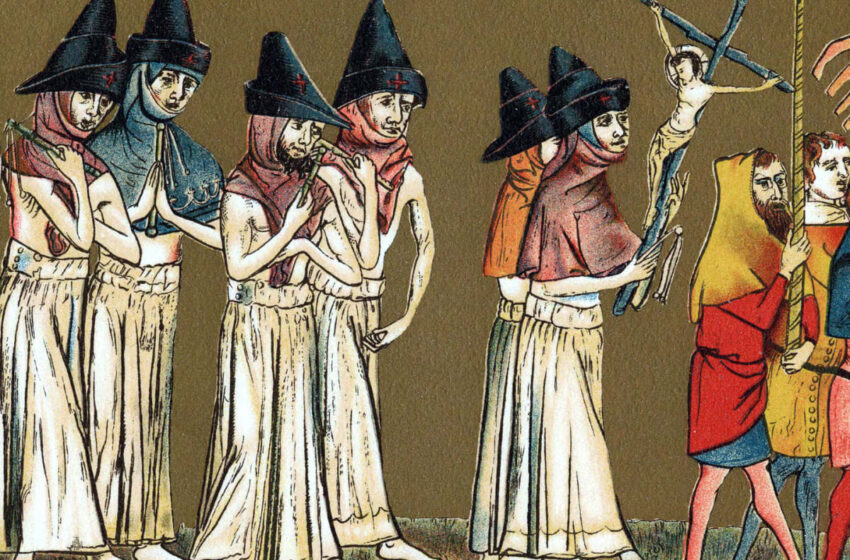 What was the Black Death, and how did it start?

Researchers suggest that the epidemic began in modern-day northern Kyrgyzstan about 1338-1339, roughly 7-8 years before it destroyed much of the world, according to a study published in the journal Science on June 15. Where did the Black Death, which was one of the worst plagues in human history, begin? For centuries, historians have struggled with this subject. A consortium of academics from several fields has now sought to unravel this contentious question.

Researchers suggest that the epidemic began in modern-day northern Kyrgyzstan about 1338-1339, roughly 7-8 years before it destroyed much of the world, according to a study published in the journal Science on June 15.

What was the cause of the Black Death?

The bubonic epidemic that swept Western Asia, Northern Africa, the Middle East, and Europe in 1346-53 is known as the Black Death.
The Black Death, which killed millions, was caused by the bacteria Yersinia pestis and transmitted by fleas carried by rodent hosts, according to most academics.

The Y. pestis microorganis propagated to human populations, who then passed it on to others, either by a human flea vector or directly through the respiratory system.

The buboes (hard, inflamed lymph nodes) were generally cited as the defining clinical characteristic by those who wrote about the outbreak at the time.

The sickness was referred to as the’mortal disease of buboes’ and ‘pestilence of buboes’ by Florentine historian Matteo Villani in 1348.

The beginning of symptoms was followed by a high temperature and bloody vomiting. Most patients died between 2-7 days after being infected.

How did experts figure out where the Black Death came from?

Excavations near Lake Issyk-Kul in Kyrgyzstan in the late 19th century revealed a hamlet of a trade group that had been stricken by an unknown sickness around 1338-1339.

One of the academics participating in the project, historian Philip Slavin, investigated the tombstones, which included Syriac inscriptions stating that the victims died of an unknown epidemic or “pestilence.”

The researchers subsequently extracted DNA from the teeth of seven persons buried at the cemetery and discovered Y. pestis bacterial genetic evidence.

The recovered DNA was compared to bacterial DNA from other European plague victims. According to the Wall Street Journal, the researchers discovered that the strain of Y. pestis that caused the epidemic in the towns surrounding Lake Issyk-Kul was the direct grandparent of the strain that caused the Black Death.

Researchers discovered a single plague strain by piecing together the Y. pestis genome from Kyrgyz graves, putting it at the start of the Black Death pandemic before it moved to Europe years later.

What is the significance of this new discovery?

For generations, people have argued over where the epidemic originated. According to some historians, the disease started in China and was carried across Europe by Italian merchants who first arrived in the peninsula via Crimea in commercial caravans.

Another disputed account, based on a 1348 chronicle of an Italian notary from Piacenza, claims that during the siege of Caffa (Crimea), the Mongol army tossed plague-infested bodies into the city, causing the disease to spread.

According to historian Mary Fissel of The New York Times, if the current data is true, the disease spread through trade channels rather than through fighting a century previously, as some historians have claimed.

What was the origin of the name “Black Death”?

The phrase “Black Death” is said to have originated from the black markings that appeared on the corpses of certain plague victims.

Historians contend that this name, which didn’t appear until centuries later, had less to do with the disease’s clinical signs and more to do with how European writers perceived the pandemic from the 19th century onwards.

Because of the demographic damage it produced, the outbreak was dubbed the ‘great plague’ or ‘great death’ in the 14th century.

According to historian Nukhet Varlik, the phrase “Black Death” was coined by European writers in the 19th century and became generally accepted over time. Justus Friedrich Carl Hecker, a German physician, is credited with popularising the phrase in his 1832 book Der Schwarze Tod (Black Death), which was also translated into other languages. He presented the Black Death as a distinct plague from the others.

Due to the massive number of fatalities caused by the disease, Varlik claims that the world black also had a dark, dreary emotional tone.

What was the impact of the outbreak, and how deadly was it?

It’s impossible to ascertain the precise death toll due to a lack of thorough historical data from the time period. According to Norwegian historian Ole J Benedictow, who wrote extensively on the epidemic, the plague killed 60-65 percent of Europe’s population, or 52 million people.

“Great holes were excavated and stacked deep with the number of dead,” recounted Italian writer Agnolo di Tura of his experience in Siena in 1348. And they died in droves at all hours of the day and night.”

In Europe, a drastic decrease in population was followed by massive economic and social upheavals. Wages increased as the labour force shrank, leaving ordinary people with a larger economic surplus.

The Black Death also resulted in a rise in religious persecution of Jews, who were blamed for the spread of the disease.