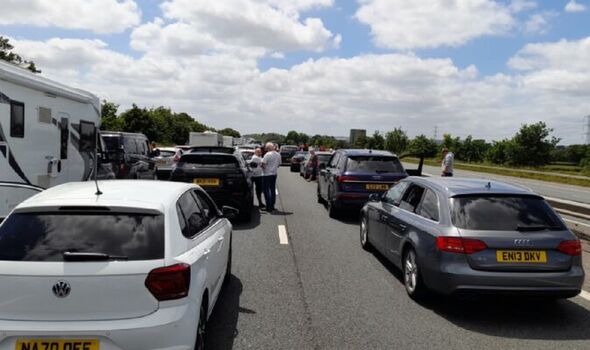 Traffic on the M5 has been halted due to an accident

Traffic on the M5 has been halted due to an accident on the southbound lane between J19 and J20.

The M5 is experiencing huge delays after all southbound traffic was halted just outside of Bristol due to an incident.

After an accident involving a car and a caravan at about 1.45pm this afternoon, National Highways closed traffic between J19 for Gordano Services and J20 for Clevedon (16 June).
The highway was stopped for over two hours after two vehicle accident.

While all lanes have subsequently reopened, there are still delays due to the seven miles of traffic that has still to be cleared.

According to National Highways, delays are expected to last at least 90 minutes, with lines reaching past J15 for the Almondsbury Interchange.

Tags: Traffic on the M5