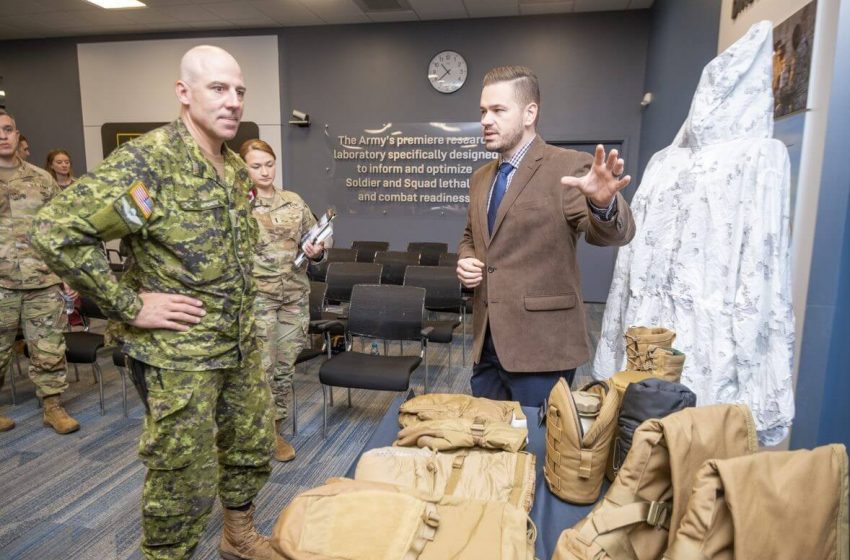 Mass.’s NATICK – On September 16 and 19, Brig. Gen. Louis M. Lapointe, Deputy Commanding General, Operations, U.S. Army Alaska (USARAK), was a guest at the U.S. Soldier Center for Army Combat Capabilities Development, often known as DEVCOM SC. Lapointe is a member of the Canadian Forces, but as part of the U.S. Army Military Personnel Exchange Program—a security cooperation initiative meant to fortify ties and improve interoperability with U.S. allies and partners in support of the National Defense Strategy and Army Strategy—he serves as the deputy commanding general for USARAK.

The advancements in cold-weather and Arctic technology and goods were the main emphasis of the visit to DEVCOM SC. The purpose of the trip was to promote collaboration between DEVCOM SC and the 11th Airborne Division, also known as the “Arctic Angels.” The visit was also attended by representatives from the Product Manager Force Sustainment Systems (PM FSS) and the U.S. Army Research Institute of Environmental Medicine (USARIEM).

The U.S. Army’s increased commitment to safeguarding Arctic interests, reclaiming Arctic dominance, and improving the Army’s capacity to operate in extremely cold-weather, mountainous, and high-altitude situations is reflected in DEVCOM SC’s cold-weather and Arctic activities. The Army’s strategy has an impact on how U.S. personnel are prepared and trained to conduct extensive, multi-domain operations under difficult circumstances.

According to Douglas Tamilio, director of DEVCOM SC, Brig. Gen. Lapointe’s visit was a fantastic chance to showcase our dedication to supporting the warfighter in arctic and cold weather situations.

Lapointe was given a tour of the Doriot Climatic Chambers and given an explanation of its functions. Additionally, DEVCOM SC’s regular research collaborator USARIEM and PM FSS briefed him.