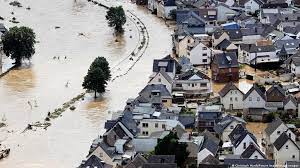 Pakistan deserves compensation after the floods, not aid

After the floods| More than one-third of Pakistan is submerged at the time of writing. 1350 people have already died as a result of flash floods caused by unusual monsoon rainfall. Over 50 million individuals are evicted from their homes as a result of one million residential structures being entirely or partially destroyed.

Importantly, the flood is predicted to do an additional $10 billion in harm to an already fragile economy. More than 793,900 animals have perished, depriving communities all around Pakistan of a vital source of food and income. Crops and orchards covering around two million acres have been affected. Unquestionably, these effects are a sign of a deteriorating climate disaster. Pakistan suffers some of the worst effects of the global climate catastrophe while contributing less than 1% of the world’s carbon emissions. Over the past 20 years, the country has constantly placed among the top 10 most susceptible countries in the world according to the Global Climate Risk Index. Climate change is the primary cause of this mega flood, according to Julien Harneis, the UN humanitarian coordinator in Pakistan: “The reasons are global.”

The people of Pakistan are the most recent casualties of a global catastrophe, to which they have made essentially little contribution and which has instead been sparked by the excessive emissions of industrial polluters and wealthy nations. The growing demands for climate reparations from Pakistan and the rest of the Global South are a result of this basic injustice.

To just pay the interest on our past obligations, we are currently taking out further loans. Instead of sending money abroad to pay off our foreign creditors, Pakistan might use it to fund the rehabilitation of the millions of displaced people.

See also  WHAT IS SINGHARA? HOW IS IT BENEFICIAL FOR HUMAN HEALTH?

Debt elimination is one such need. The injustice of debt and the climate problem are interrelated. Countries on the front lines, like Mozambique, and Caribbean island governments are suffering growing economic losses as extreme weather events escalate. Following these occurrences, low-income governments—which are sometimes already highly indebted—face a financing shortage and are left with few options. but to obtain additional financing in order to restore livelihoods and communities.

This cycle is already apparent in Pakistan. Even before the floods, Pakistan was drowning in debt as a result of a sharp decline in foreign cash brought on the rising US dollar and surging global commodities prices. Food and energy are becoming much more expensive. Pakistan will owe the IMF, World Bank, and other financial organisations, including the Chinese State Bank, a total of almost $38 billion by the end of this year. An looming economic disaster is being caused by a borrowing spiral. Foreign help has poured in rapidly in response to the floods, with USAID giving $30 million on top of the $3 million donated by the UN last week. In response to appeals for additional global assistance, the UN is announcing a new flood relief plan for Pakistan. But even so, it falls far short.

An old visage raised its head once more as aid agencies fought for emergency funding. The International Monetary Fund (IMF) has agreed to the disbursement of $1.1 billion to the government as part of a bailout request. At first look, this could appear to be an important step in Pakistan’s recovery, but adding more debt to a nation already reeling from a financial crisis will only lead to catastrophe. The overwhelming weight of empirical data points to the conclusion that a significant part of government debt reduces the capacity for economic development, and that the effect frequently worsens as debt levels rise. Due to its high level of debt, Pakistan is more susceptible to economic shocks and has less political clout in the eyes of influential foreign lenders. Additionally, it has significantly lowered Pakistan’s capacity to finance infrastructure, healthcare, and education projects.

If the West wants to help Pakistan through this crisis, it must put in place a number of policies that address the extent of harm the Global North has caused the South since the Industrial Revolution. This should start with a thorough debt elimination.to help communities in adapting to the effects of climate change, together with significantly enhanced climate funding.

Furthermore, a number of climate-vulnerable nations, like Bangladesh, Ethiopia, and Tuvalu, are also requesting compensation from wealthy nations for the calamities they are already experiencing.

This is sometimes referred to as “Loss and Damage,” and as of 2022 it is still not formally on the agenda for discussions at the UN climate change conference, COP. Climate-vulnerable nations have repeatedly asked wealthy nations and industries that have contributed to climate turmoil for compensation, but each time they have been rebuffed. There must be more significant advancements made in these debates at COP27.Debt forgiveness is not a novel idea. Even though the private sector has continued to collect payments throughout the epidemic, some debt relief was implemented for low-income nations, which unavoidably made the economic situation brought on by Covid-19 worse. But when there is a sufficient moral demand, even private creditors can be deterred. A historic agreement was signed by Ukraine’s creditors to stop collecting debt payments during the war in July, just a few months after Russia invaded the country. This gave the Ukrainian economy much-needed respite and allowed the nation to concentrate on using every possible dollar to help its citizens.

Pakistan wouldn’t require further loans if foreign organisations stopped collecting debts. The money that Pakistan sends abroad to settle its debts with foreign creditors might be used to house the millions of displaced people instead. After the floods For Pakistan to repair the harm caused by floods and persistent rain, it will take at least four years to restore and restructure its economy.

See also  Science should be valued by Liz Truss, not feared

But there is also a more general query: who should foot the bill for the climate crisis? Why should Pakistan be required to take out any loans at all to cover the costs associated with a crisis that it did not start?

Tags: caused by floods Over 50 million