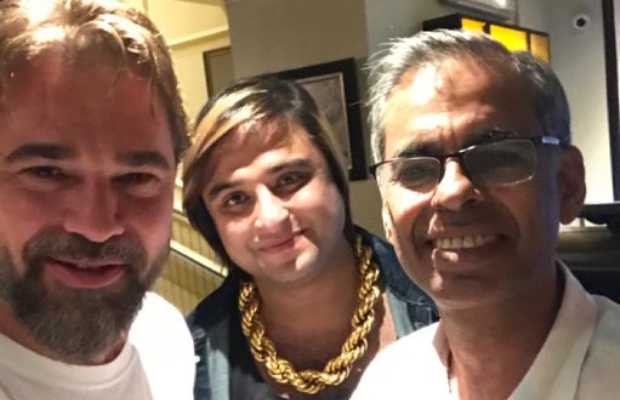 HOW WAS ERTUGRUL GHAZI WELCOMED ON HIS ARRIVAL IN PAKISTAN, AND WHAT IS HE DOING HERE?

ERTUGRUL GHAZI Turkish actor Engin Altan, who has made a name for himself worldwide, including Pakistan, was warmly welcomed in Pakistan.

The Turkish actor was received at the Allama Iqbal International Airport yesterday; after which he was taken to a farmhouse where a special feast was arranged for him.

Derelish Ertugrul attended events in Lahore while visiting various parts of the city. During the visit, he also ate delicious Pakistani and Turkish food in a private hotel.

On a short visit, the Turkish actors will visit other famous places in Lahore and then leave for Islamabad two days later.

Social media users are overjoyed at the arrival of EngalAltan, the main character of Ertugrul Ghazi, in Pakistan. It has become a trend.

Tags: ERTUGRUL GHAZI WELCOMED ON HIS ARRIVAL IN PAKISTAN