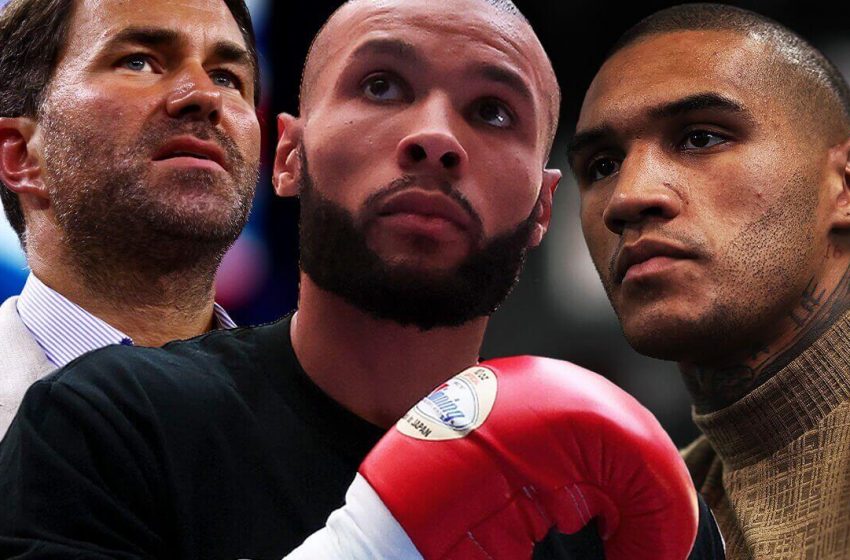 Despite Conor Benn testing positive for the illegal drug clomifene, which may be used to increase testosterone levels, the bout between Benn and Chris Eubank Jr. will still likely take place as scheduled on Saturday in London.

Following the Wednesday disclosure of the adverse test, the British Boxing Board of Control decided not to approve the 157-pound catchweight match.

However, according to sources who spoke with ESPN, co-promoters Matchroom Boxing and Wasserman Boxing are looking at options for sanctioning the grudge bout between the sons of British boxing icons in order to maintain the main event on Saturday.

They have a few possibilities because a British title is not at stake. The Luxembourg Boxing Federation is one route being investigated. There is also precedence. After the BBBofC declined to authorise the 2012 heavyweight fight between Englishmen David Haye and Derek Chisora, Luxembourg stepped in.

After trading punches with Haye at the press conference following Chisora’s defeat to Vitali Klitschko, the BBBofC suspended Chisora’s licence. Haye was retired at the time, thus he had no licence suspension.

The British and Irish Boxing Authority is an other choice being considered. Instead of the BBBofC, the regulatory body approved YouTuber KSI’s two fights in August.

On Wednesday, the BBBofC said that the competition was “not in the interests of boxing.” Benn emphasised that he is a “clean athlete” and plans to go with the fight. According to a source, the co-promoters also made an attempt to get a court order blocking the fight from happening.

Matchroom issued a statement on Wednesday saying, “The B sample has still to be examined, implying that no rule infringement has been verified.” In fact, Mr. Benn has not been accused of breaking any rules, he is not under suspension, and he is still free to compete.

Each combatant has sought medical and legal counsel, is aware of all pertinent details, and wants to move on with the fight this Saturday.

The World Anti-Doping Agency forbids the use of clomifene, and the Voluntary Anti-Doping Association, which conducts anti-doping tests in boxing and mixed martial arts, administered the test on Benn.

After his workout, Benn addressed the media and declared that he had not used any illegal substances and that he would investigate the matter further.

The 26-year-old Benn declared, “As far as I’m concerned, the fight is still going on. I haven’t broken any rules, and I haven’t been suspended.”

“I have agreed to participate in every voluntary anti-doping test imaginable, and I have undergone testing throughout my whole career. I’ve always tested negative, and I’ve never experienced any problems. The initial bad finding of my test will be investigated by my team, but as far as I’m concerned, the battle will continue. I’m a morally upright athlete, and we’ll investigate this further.”

See also  WHY THE GOOGLE DOODLE HONORS THE STEELPAN INSTRUMENT?