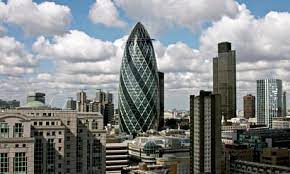 harm the UK economy| There are at last indications of a financial boost for a sector toiling away at the economic front lines in an era of rising prices and an ever-increasing cost of living. It appears that British bankers may soon experience a significant salary increase since the incoming UK chancellor is allegedly considering eliminating the cap on the amount of bonuses they may receive.

Currently, that cap is set at 100% of a banker’s remuneration, but it may be increased to 200% with shareholder consent. Therefore, a banker making, let’s say, £100,000 per year is only eligible for an annual bonus of £100,000, or £200,000 in exceptional cases.The restriction was implemented as part of initiatives to enhance banking industry regulation following the 2008 financial crisis. Due to the crisis, there was the first bank run in 150 years in Britain, and the UK government had to spend billions of public dollars to save the failing banks. harm the UK economy|

Unemployment rose sharply and family wealth decreased in several nations. Inequality of income, political stability, and global economic development all suffered long-term detrimental repercussions as a result of the crisis, according to some.Authorities thus made significant changes to banking and financial regulation in an effort to prevent a recurrence of this economic calamity. The banking industry’s goal to maximise short-term profit, where taking risks was rewarded with extraordinarily rich compensation packages, was one important issue to be solved. When the UK was a member of the European Union in 2014, the bonus cap was implemented to prevent such compensation schemes from encouraging irresponsible and unsafe behaviour.

George Osborne, a Conservative UK chancellor at the time, criticised the bonus restriction at the time for having a “perverse consequence.” Eight years later, Liz Truss, the new prime minister, and Kwasi Kwarteng, her chancellor, seem to view the removal of the limit as a vital component of their “pro-growth” post-Brexit agenda.They will contend that such a move will entice the greatest people to the UK’s financial industry, aiding London in particular in returning to its former status as an alluring and competitive city. According to reports, US institutions in particular struggle to hire employees in London due to the cap.

Kwarteng will likely assert that highly compensated financial professionals contribute to the growth of the national economy by paying more tax on larger bonuses. British banks like Barclays and HSBC would gain from the cap as it applies to their employees who work abroad in their worldwide businesses.There is also a case to be made that the bonus ceiling limits banks’ ability to control expenses during adverse economic times. This is due to the fact that bonus limitations eventually raise the fixed portion of employees’ compensation, which, in contrast to bonuses, cannot be decreased when earnings are down.

The new UK administration appears to have a compelling argument. The removal of the restriction may have immediate advantages, and many influential voices in banking have praised the concept.positive perspectives?
Research on banking bonuses, however, advises caution because it shows a strong link between “variable executive compensation” (performance-based incentives) and taking risks. For instance, it has been discovered that bank CEOs in the US who received pay incentives connected to risk assumed greater amounts of risk in the years leading up to the financial crisis. And financial institutions that were more vulnerable to the risk of subprime loans and underperformed during the crisis were those where compensation structures rewarded a short-term perspective.Politically, it may be argued that this is a very callous decision on the part of the incoming administration given how damaging energy and food price increases are for many people harm the UK economy|. Is it truly a good decision to boost bankers’ already high pay at a time when real wages for others are falling due to a crisis in the cost of living?

Those who favour eliminating the ceiling should also take into account if it will actually improve the UK banking system, which may be facing more serious issues. Following Brexit, 43% of the biggest UK financial organisations declared they will relocate some of their operations and personnel to the EU, where bonuses are similarly restricted.What about the long-term effects of deregulatory measures? Businesses in general are not like banks. They are necessary for economies to run, and the public depends on them. When they collapse, the entire economy is brought down with them, which has disastrous effects.

The financial crisis and the desire to prevent a repetition of its devastating effects led to stricter bank regulation, which includes the bonus ceiling. It was implemented to support preserving financial stability.

The next administration should exercise caution in the current economic environment and carefully analyse the motivations of those regulators. It is best to avoid taking significant risks for potential short-term financial benefit, whether you are a bank or a national government.