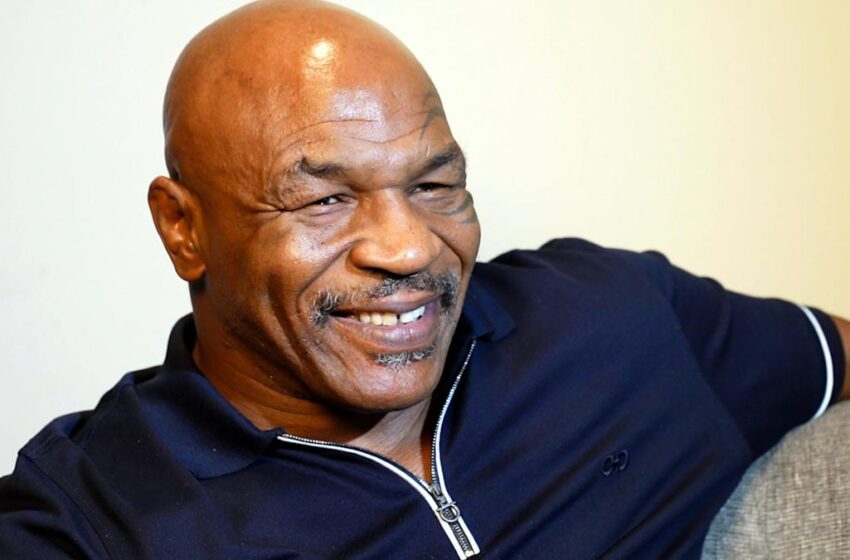 Why did Mike Tyson, the boxing legend, strike an aircraft passenger?

Mike Tyson, the retired former world champion, still has some clout, as he demonstrated on a flight back to Florida toward a passenger who was apparently cheering him on.

The incident occurred on a JetBlue aeroplane departing from San Francisco International Airport, according to TMZ Sports. Before the event, Tyson was at a cannabis festival at Golden Gate Park.
The anonymous individual was “very inebriated” when he attempted to take a photo with Tyson. He then kept talking to Tyson in the hopes of “provoking” him into leaning over the seat and firing devastating rounds in the face.

Another passenger, who may or may not have been pals with the man who was assaulted, videotaped the encounter. The passenger remarked, “My buddy just got beaten up by Mike Tyson.” “He got f——d up,” says the narrator.
Shortly after, Tyson went off the plane, and the bleeding passenger was taken to the authorities. No word yet on whether Tyson has been arrested or charged.

With 44 knockout victories, Tyson is one of the most dangerous power punchers in boxing history. Tyson made his professional debut in 1985, after winning the Golden Gloves in 1984. Tyson won the WBC heavyweight belt against Trevor Berbick when he was 20 years old in 1986. Michael Spinks, Frank Bruno, and Larry Holmes have all been defeated by Tyson. One of his most well-known losses.

Former WBA, IBF, and The Ring heavyweight champion “Iron Mike” last fought professionally in 2005, losing to Kevin McBride. In 2020, he returned to the ring in an exhibition battle with Roy Jones Jr., which ended in a draw. Tyson runs a cannabis firm and has a podcast called “Hotboxin With Mike Tyson” when he’s not fighting.

This isn’t the first time Tyson has been embroiled in a scandal. In the 1990s, he was convicted of rape and spent three years in jail. He bit Evander Holyfield’s ear twice in the ring in 1997.