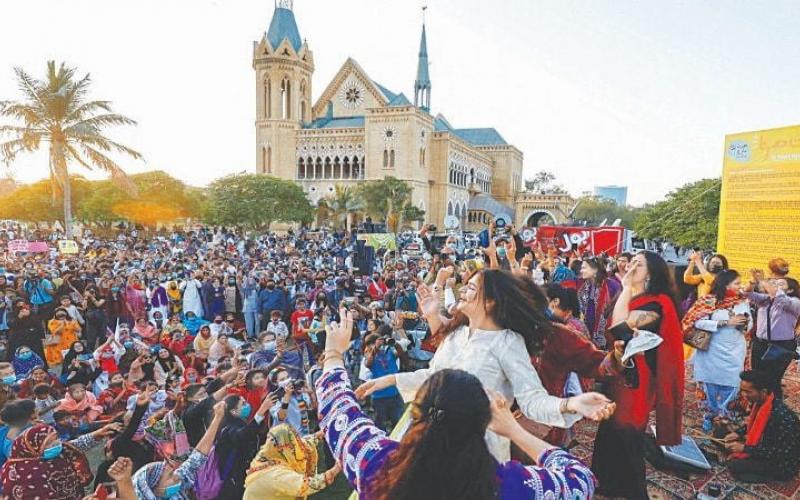 The Future is Feminist: understanding the Aurat March Movement of Pakistan

As women around the world celebrate freedom, independence, and womanhood on International Women’s Day, Pakistani women will come out of their homes to demand their right to march. The Aurat march has become a massive resistance movement against the patriarchal structures of society over the past two years, leading to a strong backlash against the participants and organizers of society.

The march has attracted fierce criticism since 2018, particularly online. But they are undaunted by the organizers and participants.

Under the banner of ‘Hum Auratain‘ (we women), the Aurat March is an umbrella term for a group of feminist women, transgender people, non-binary people and gender and sexual minorities who oppose patriarchal structures that result in women’s sexual, economic and structural exploitation.

All began two years ago when a couple of Karachi feminist groups agreed to stage a march on March 8, International Women’s Day.

Hum Auratain’s basic values specify that NGOs or companies should not finance the march. Instead, to collect funds, the organizers arrange fundraising events. The marches are held in all the main towns of Pak, designed to be anonymous and diverse.

The organizers are unveiling an Aurat March manifesto that calls for transparency and restorative justice against violence targeting women at work, at home, and in public spaces. It also promotes racial fairness, equality and access for all to public spaces. The Aurat March brought the feminist movement in Pakistan new energy, but it put the organisers and participants in the process.