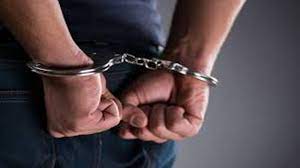 TEACHER TO BE ARRESTED FOR TORTURING HIS SIX-YEAR-OLD KID

A man from Islamabad, named, went to the police station for reporting a case against a school teacher who tortured his six-year-old son.
The father told that his kid is a Montessori student a reputed school in Islamabad. On returning from his school on Saturday, he was crying very badly as he had stick marks on his hands.

Fayaz has further written in his statement to the police that the teacher beat the kid very a plastic pipe very brutally.
The police are looking into the matter deeply and also investigating against the suspecting teacher.
Such a torturing case had happened in Rawalpindi just a day before. A video of a seminary teacher went viral on social media who was punishing a student from Mansehra by hanging him upside down.
This seminary runs under the supervision of Mufti Nasir Mahmood and the student learns the Quran there.
The teacher who was identified as Noor Muhammad was arrested by the police after the video complaint.
The children’s torturing cases, nowadays, are coming in front of a large number, which is killing the innocence of the kids and filling their minds with hatred instead of love and peace.
Their chancing of growing and showing their abilities are decreasing as the harsh behavior with the children is burying their confidence inside them and filling their inside with fear and de-motivation.
This should be made an illegal act and such teachers must be punished and their license has to be canceled as they have no right to be the teachers of such innocent kids who in their earlier ages in spite of getting motivated are being harshly de-motivated and frightened.

Vehicles likely to be more expensive, 15%

Maulana Fazlur Rehman, the head of Jamiat Ulema-e-Islam (F), has said that the workers