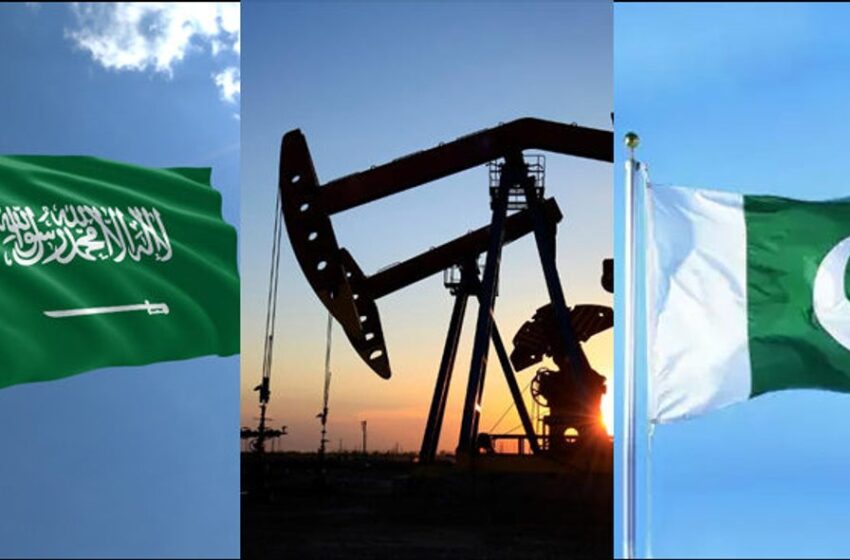 PAKISTAN TO COMMENCE GETTING SAUDI OIL SUPPLIES FROM JULY 2019

Pakistan News : The two Muslim countries, Pakistan and Saudi Arabia, tied their relationship even stronger than the earlier by inking a financial agreement for oil supplies on Monday 1st July in Islamabad.
The Saudi Arabia Embassy stated that it will be providing oil supplies worth $275 million to Pakistan on deferred payments every month with the effect of July 2019 and this agreement will be effective for the next upcoming three years with a total value of $9.9 billion.
However, it is expected by Pakistan that they may get ease in the balance of payments.
Earlier this year, in the month of February 17, two countries had already signed a financial agreement for the import of petroleum products like crude oil and LNG while the visit of the Saudi Crown Prince to Islamabad.
It is also worth mentioning here that October 2018, Saudi had announced a support package of $3 billion to Pakistan to uplift it economically and assist it to pay its liabilities. Additional to this, the package also included oil imports on deferred payments facility.
The statement of the Saudi Embassy also says that this financial package between the two nations expresses the insight of the Saudi leadership to enable Pakistan’s economy to get stable financially and its government to beat the financial difficulties.
Further, it was added that the Saudi economic help the likewise underscored the profundity of relations between the two selfless nations and people groups.