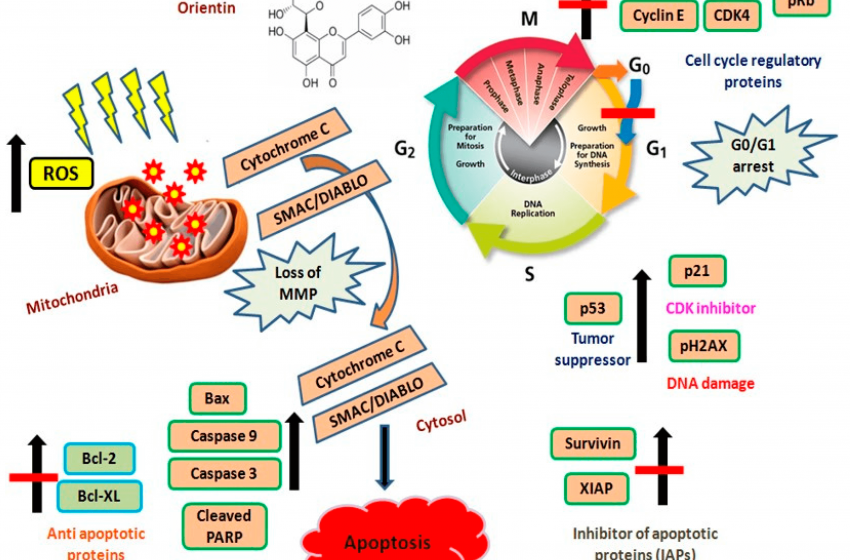 Erbium oxide nanoparticles (Er2O3-NPs) and other noble metal nanostructures are being used in cancer treatment due to their exceptional physical and chemical features, including high surface-to-volume ratio, wide optical properties, simplicity of construction, surfactant and functional chemistry. However, research on Er2O3-NPs’ potential therapeutic effects on hepatic cancer cells is lacking.

In order to determine Er2O3-NPs’ therapeutic potential for treating human hepatocellular carcinoma (Hep-G2) cells, the current investigation was carried out. Hep-G2 cells were killed after being exposed to Er2O3-NPs for 72 hours in a concentration-dependent manner.

Er2O3-NPs caused Hep-G2 cells to experience significant DNA damage and an increase in intracellular reactive oxygen species (ROS) generation. According to flow cytometry, Er2O3-NPs significantly increased the number of Hep-G2 cells in the apoptotic and necrotic phases and halted the Hep-G2 cell cycle in the G0/G1 phase.

Which results in substantial DNA damage induction and changes to apoptotic genes. Consequently, it is advised that more in vitro and in vivo research be done to examine the possibilities of employing Er2O3-NPs in the treatment of cancer.

Because of its superior optical, electrical, and photoluminescence capabilities, erbium oxide is one of the most significant rare earth metals and is widely employed in many applications, including biomedicine1. Erbium oxide doped nanomaterials are highly sought-after because to their distinctive size-dependent optical and electrical characteristics.

Scientific interest in the utilisation of noble metal nanostructures in cancer therapies has been ignited by the unique physical and chemical features of noble metal nanoparticles, including: high surface/volume ratio, broad optical properties, simplicity of construction, surfactant and functional chemistry3,4,5.

Erbium oxide nanoparticles (Er2O3-NPs) are employed in biological applications including bio-imaging6 as well as gate dielectrics and colouring agents.

About 90% of instances of liver cancer are hepatocellular carcinoma, which is also the third-leading cause of cancer-related deaths globally. 7,8. Hepatic chronic inflammation, viral infections like hepatitis B or C, and exposure to poisons like aflatoxins, alcohol, and pyrrolizidine alkaloids can all lead to hepatocellular carcinoma.

Hepatocellular carcinoma risk is markedly increased by a number of conditions, including hemochromatosis, alpha 1-antitrypsin deficiency, and metabolic syndrome.

Hepatocellular carcinoma is being treated with a number of anticancer medications, including bevacizumab, lenvatinib, cabozantinib, ramucirumab, and regorafenib. But because of its unfavourable side effects, including exhaustion, appetite loss, and elevated liver enzymes, standard chemotherapies are increasingly being replaced by research into alternative treatments.