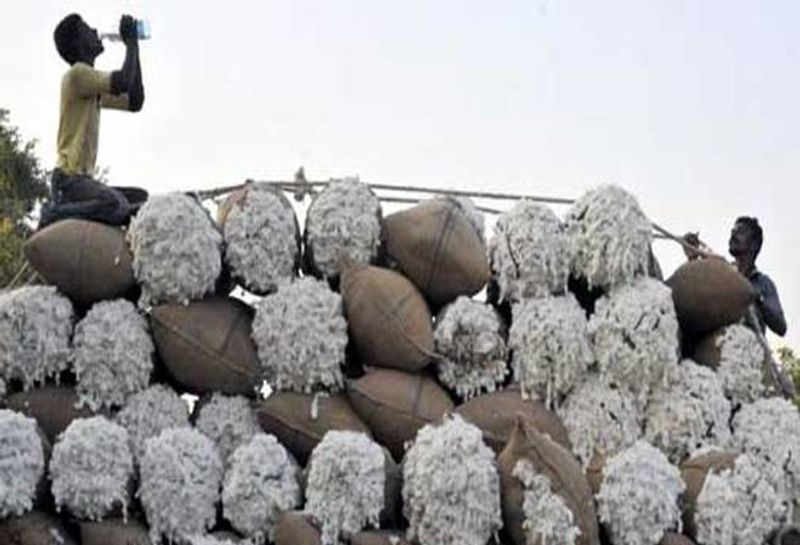 Islamabad: Pakistan trade body has asked the Shehbaz Sharif administration to permit cotton imports from India due to the poor state of the country’s textile sector in the wake of the disastrous floods.
The Pakistan trade body is recommending commerce with India through Wagah to satisfy its expanding export orders in the aftermath of losses incurred by cotton farmers in Sindh and Punjab, according to the Dawn daily.

According to the publication, which cited early exporter estimates, 25% of Pakistan’s standing cotton crop had been destroyed overall, and there may be a lack of raw materials.The Pakistani government established a committee on Wednesday to engage with seed corporations and help them provide cutting-edge cotton seeds to the local market.

The decision to create the committee was made at a crucial meeting when stakeholders were consulted and recommendations for increasing the output and area of cotton crops were reviewed, according to the report.Khurram Mukhtar, the president-elect of the Pakistan Textile Exporters Association (PTEA), told Dawn on Wednesday that he had spoken with Finance Minister Miftah Ismail about one of his demands. Mr. Mukhtar asserts that after September 15 the true estimates of cotton demand will be made.

He remarked, “We may need to import 2.5 million bales from India.”After the nation experienced unprecedented flooding in the previous month, speculations surfaced that Pakistan was trying to restore commerce with India.

International organisations have contacted the government of Pakistan, according to Finance Minister Miftah Ismail, to request permission to import goods from India across the land border.
The Pakistani government did clarify that it can only be taken into consideration following a supply shortfall analysis and consultation with coalition partners and other important parties.

“The government has been contacted by a number of foreign organisations requesting permission to cross the land border with food from India. After talking with its coalition partners and other important stakeholders, the government will decide whether to permit imports or not depending on the supply shortfall situation “A tweet was made by the federal minister.

Due to the catastrophic state of the textile sector in Pakistan following severe floods, the Pakistan Textile Exporters Association has requested that the government permit the import of cotton from India.
On Wednesday, the Pakistani government established a committee to negotiate with seed corporations and assist them in bringing cutting-edge cotton seeds to the local market.

This committee-formation decision was made during a crucial meeting when stakeholders were consulted and suggestions for increasing cotton crop production and area were reviewed.International organisations have contacted the government of Pakistan, according to Finance Minister Miftah Ismail, to request permission to import goods from India through the Wagah border.

During a meeting with a delegation from the Pakistan Textile Exporters Association (PTEA), led by its Patron-in-Chief Khurram Mukhtar, Finance Minister Miftah Ismail and the plan to permit the import of cotton and vegetables from India were discussed.

Ismail stated, “We will allow the import of cotton to guarantee our mills can fulfil their export orders,” despite pressure from industrialists who have been hoarding the material and are now campaigning against permitting imports. He stressed, however, that the import destination was still being chosen.

The finance minister told PTEA that the nation had essentially cut commercial connections with India when New Delhi unilaterally altered the status of Indian-occupied Jammu & Kashmir over three years ago. “First establish an atmosphere for permitting imports from India,” he said.long ago.

Tags: Import of cotton and vegetables The country's textile sector