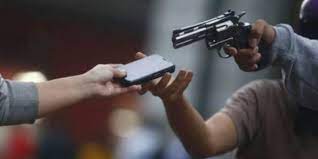 Govt has failed to stop street crimesSenator Abdul Haseeb Khan, the CEO of the Karachi Vocational Training Center (KVTC), stated on Thursday that street crime has turned into a social ill that the government has been unable to address.
Self-defense instruction is not often provided in schools or other institutions, but Yasir Mumtaz, a special student who trained in Taekwondo at the Karachi Vocational Training Centre, not only resisted the thieves but also defended his mother and sister.

The lawmaker stated, “Right now, the situation in the city of the Quaid is severe and I’m seeing people coming to the streets if the politicians don’t stop their petty bickering and non-serious acts.”
At a news conference held at the Karachi Press Club, he said this. His mother and sister, Yasir Mumtaz, the principal of the KVTC, Sana Ayaz, the director of rehabilitation at the KVTC, Amir Shahab, the director of administration, Farheen Amir, and the instructor Muhammad Siddique were all with him.

A businessman was slain for fighting the robbery in front of his wife and kid, according to Senator Abdul Haseeb Khan. In the past six days, thieves have killed 10 individuals.
The issue is that while politicians are preoccupied with one another, criminals are meddling with people’s lives.

I ask these politicians what will be there for them to reign over after there is no longer a nation and no one living in it, he added. No one is safe in the city these days. Many people have their properties burglarized daily.

People are powerless in the face of these street thugsand Govt has failed but Yasir boldly stood up for his mother, sister, and himself.
He decided to fight back the thieves and keep his mother and sister safe because to the taekwondo training he got at KVTC and the confidence he built by competing in several sports.
In order to foster and nurture a spirit of bravery, the government should take action and reward individuals who fearlessly oppose evil in society.

Yasir Mumtaz, who had won the gold medal in a Taekwondo competition in Japan among 24 countries, was travelling in a rickshaw with his mother and sister when abruptly the rickshaw broke down on the Jam Sadiq Bridge, according to Director of Rehabilitation Amir Shahab. KVTC provides vocational training as well as physical training to special children.

At gunpoint, two motorcycles approached them and attempted to rob them of their jewellery, cash, and cell phones.Govt has failed badly in terms of safety of Civilians

Yasir fearlessly approached the armed robber at that moment and utilised his taekwondo talents against him, leading one of them to tumble to the ground and toss away the valuables.
The thieves realised the youngster they encountered was not just any boy.

Yasir claimed that Allah was the saviour as he turned to face his mother. Yasir’s mother, Mrs. Mumtaz, claimed that when the thieves placed a pistol to his head, I ordered Yasir to give the robbers the cell phones despite his insistence that he would not. Suddenly, Yasir kicked one of the robbers, causing them to flee. Yasir followed them as they escaped. Yes, he entered our facility when he was just 9 years old, and he is now 20 years old. Later, Yasir and his instructor spoke to the media to describe how he resisted thieves.