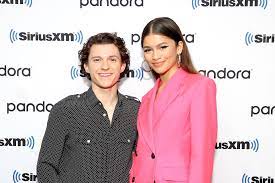 No, Zendaya isn’t expecting a child

Zendaya is not pregnant, despite what TikTok may have you believe. So, why do so many people think she and Tom Holland are expecting a child?

It all started with the Kardashians, as it does with so many things. Kris Jenner, in particular, is the emblem of a current TikTok craze in which users spout different made-up bits of news and then inform viewers they’ve been #Krissed, implying that the “news” is phoney. The majority of them are about celebrities’ personal lives — pregnancy rumours, new relationships, divorces — and some of them are backed up by “proof,” generally in the form of Instagram screenshots modified to seem like they were uploaded by a celebrity’s account.

Every video concludes with a sped-up video of Kris Jenner dancing, pulled from this extremely mid-aughts Kardashian lip sync, and the lines, “You’ve just been Krissed,” implying that the news isn’t true and you actually believed it! As if there wasn’t already enough disinformation circulating around TikTok.

According to Twitter, “Zendaya pregnant” was briefly trending Tuesday night, indicating that not everyone waited for the video to conclude. On Wednesday, Zendaya commented on her Instagram Stories, writing, “See now, this is why I keep off Twitter… “Weekly, I’m just making stuff up for no reason.” It’s reasonable to infer that this couple’s relationship is still in the “cute Instagram postings” stage.