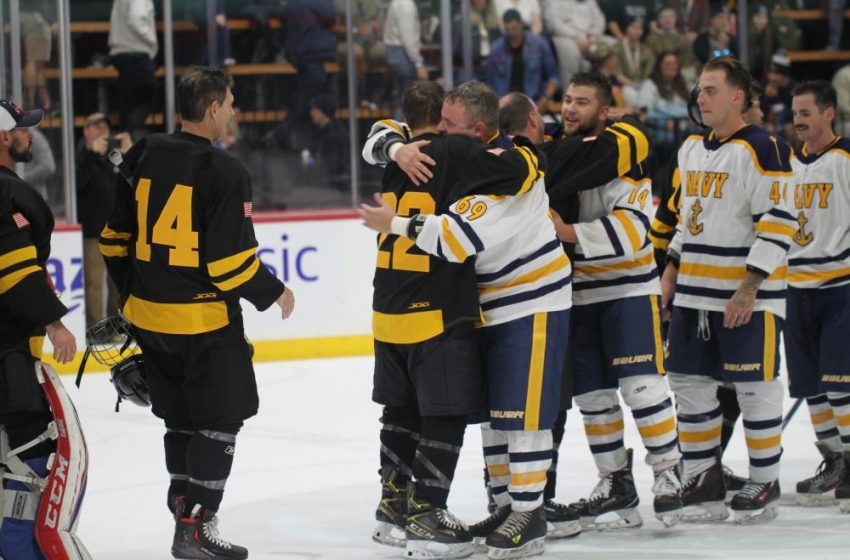 Navy defeats Army in overtime on the ice.

Navy defeats Army in overtime on the ice.

Washington’s JOINT BASE LEWIS-MCCHORD – In a thrilling, back-and-forth ice hockey match on September 24 at Seattle’s Kraken Community Iceplex, the Navy beat Army 10-9 in overtime. The players on the Army squad were primarily from Joint Base

Sean Joyce, the head coach of Navy, remarked, “It was a heck of a game. Everyone gave their best as the lads “truly laid it all on both sides of the rink.”

“It was a great feed from Hawkinson. He found me just in the slot, and the puck found its way in the net.” “The entire game was back and forth, but heading into overtime, we simply felt like we had more momentum. We took it because we felt better rested.

Lewis-McChord, while those on the Navy team were primarily from Naval Station Everett.

Despite the setback, the Navy Army still has a 4-2 series advantage.

The game was played at a fast speed by both teams, and no team had a game-winning lead of more than one goal at any point.

At the 7:58 mark of the first quarter, Tyler Moran, a first lieutenant from Fort Wainwright, Alaska, scored on a rebound following a point shot.

Moran stated, “It was fantastic to get the first goal. “Scoring the game’s opening goal is usually crucial because it motivates the squad and makes them feel good. It was the first time I had played contact in a very long time, and it felt amazing to be back participating in a fiercely competitive match since college. So it’s beneficial to get outside and engage in personal challenge.

Many Navy supporters filled the arena, but one Washingtonian in particular was clear about his loyalties.

As Washington’s secretary of state, Steve Hobbs declared, “I support both teams.” But of course I’m pulling for the Army since I’m an Army National Guard officer and the father of one of the players on the Army side.

The youngest skater for either side on the rink is Hobbs’ son Winston Hobbs, 19, a private first class in the Washington Army National Guard.