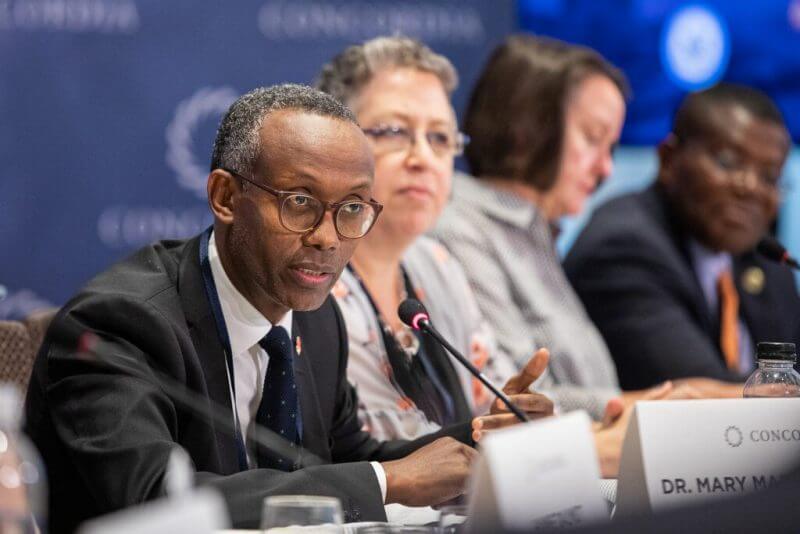 His adventure began in his junior year, when he enrolled in a course on international agricultural development and commerce taught by George Norton, who was then a professor at the College of Agriculture and Life Sciences’ Department of Agricultural and Applied Economics.

Debass was so affected by the course that he asked Norton to serve as his adviser for an independent study he had to complete for his undergraduate degree in economics, which he received in 1997.

Norton urged Debass to go into graduate school and to look for an internship. Debass successfully applied for and was hired for an internship with the African Development Bank in West Africa, where he got to see firsthand how economic growth impacts the whole world.

I immediately decided that I wanted to pursue a career in international development, he added.
The influence Norton had on Debass’ choice to follow his hobbies didn’t end there. His graduate studies at Virginia Tech were supported by the Integrated Pest Management Collaborative Research Support Program.

Debass expressed his thanks to Norton for helping him shape his destiny and added that he “gave me confidence” from Norton. He also expresses gratitude to those academics who introduced him to the field of global commerce and development, including Professor Emeritus Dan Taylor, Professor Bradford Mills, and Professor David Orden.

Debass visited Bangladesh and Uganda while enrolled in the master’s degree to gather information to increase the nation’s resistance to present and potential crop hazards. His previous internship and this experiential learning experience would eventually prove to be crucial to his career.

Debass received his first work with the U.S. Development Finance Corporation, formerly known as the Overseas Private Investment Corporation, a department of the U.S. government

After earning his master’s degree in agriculture and applied economics in 2000. He claimed that because his degree programme included coursework on the economic effect evaluation of investments, he was able to land this position.

After receiving his master’s degree in agricultural and applied economics in 2000, Debass landed his first job with the U.S. Development Finance Corporation, formerly known as the Overseas Private Investment Corporation, a division of the U.S. government.

He said that he was able to obtain this position since his degree programme included courses on the economic effect evaluation of investments.