Mobile phones are being prepared in Pakistan

One of the EDB members said that in the initial phase, companies would choose SKD After this, mobile phones will be manufactured in accordance with CKD in the country. Under SKD, mobile phone parts are imported from abroad and they are added locally while CKDs are meant to be made exclusively in mobile phones.

EDB is a government body operating under the Ministry of Commerce with the help of the engineering sector. EDB proposes to reduce tax on import of mobile phone parts and give them some incentives so companies are interested in producing mobile phones locally and they completely abandon the policy of importing mobile phones from abroad. 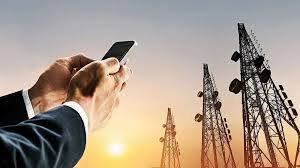 The Prime Minister‘s Adviser was told that despite the approval of 26 companies, there are only 15 who are assembling mobile phones in Karachi or Central Punjab. They were told that these companies mostly pair only analog phones and a very limited number of smartphones are being manufactured locally.
According to a senior EDB officer, smuggling in the past did not pay attention to locally made mobile phones. However, he said that mobile phones have been stopped smuggling in the country following strict action by the Pakistan Telecommunication Authority (PTA).

3 years of Naya Pakistan! As the PTI government finishes three years in power,

The authorities recovered as much as 16,000 tons of sugar and wheat from the