Leading actress Mahira Khan has confessed her love for Saleem Karim. According to the details, in May last year, there were reports from the Indian media that the Pakistani actress had got engaged to her old friend in Turkey. Without mentioning anyone in the report, looking at the photos shared by Mahira Khan on Instagram, it was estimated that the actress was engaged to her longtime friend Saleem Karim. 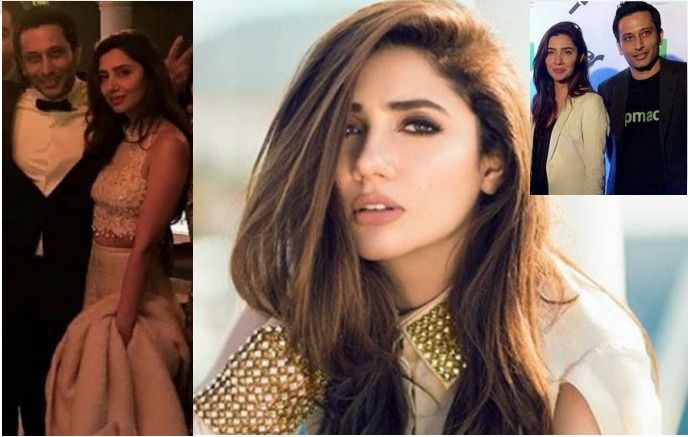 News of Mahira Khan’s engagement went viral on the internet and media after a report was published by an Indian newspaper. After the news went viral, sources close to Mahira Khan said that the news of the actress’s engagement is baseless. The actress has fallen in love with a man named Mahira Khan Saleem.
Mahira Khan revealed in an interview with SaminaPirzada a few months ago that she loves someone and will get married but she did not provide her name and other details while now HSY has asked Mahira Khan During the live session, he unveiled the name of the person and said that the person is Saleem Karim.
When asked how she feels when she sees Saleem, the expert said in response to a dialogue from the drama serial “Humsafar” “I don’t know for what good you got me.” She said that she feels this way when she meets him. In a recent interview, Mahira Khan expressed her love for Saleem Karim and said that she feels as if she has done some good deeds in her life. In return, Allah has made me fall in love with Saleem Karim.
“I feel the same way for my son. He is the center of the world for me and my life revolves around him,” she said, quoting her son. He said that all the people who love me are very important to me and I always try to please them. It should be noted that Mahira Khan got married to Ali Aksari for the first time in 2007. Hoski and Mahira Khan divorced their first husband in 2015. In a tweet, Mahira Khan also said that she has no answer to the question about marriage. Mahira Khan has acted in films not only in Pakistan but also in India. And now Mahira Khan has acted in a film with Fahad Mustafa, Long live “.

Ali Sadpara – The brave and iconic