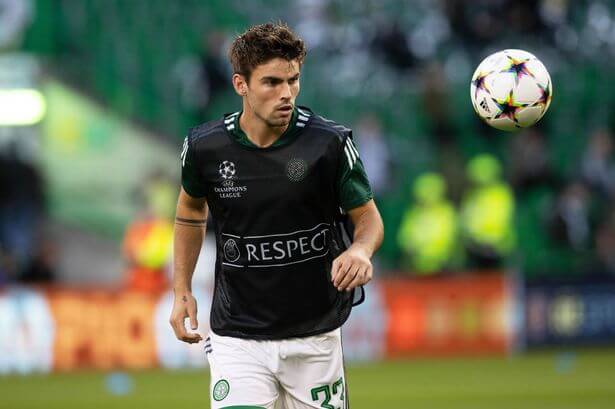 They suffered a shocking 2-0 loss to St Mirren before the international break, and by the time they hit the field after the break, championship rivals Rangers—whom they had thrashed 4-0—had closed the five-point deficit to pass them ahead of Saturday’s league home game against Motherwell.

Ange Postecoglou’s players had an unpleasant afternoon, even though they picked up three points and moved back to the top of the league, as gloomy Glasgow sky greeted them knowing Rangers had just thrashed Hearts in Edinburgh.

It took some effort to defeat the Steelmen by a score of 2-1. Celtic appeared anxious at times during the game as a result of the pressure from their enthusiastic visitors and were more fragmented and careless with their passing. However, they weathered the storms that came their way and managed to prevail, just like all champions do.

Cameron Carter-Vickers and Carl Starfelt, Postecoglou’s first-choice center-back partnership, were not available. Moritz Jenz and Stephen Welsh, who served as their replacements, had ineffective moments and will need to improve if they are to be used against RB Leipzig in the Champions League the following week. Opportunities were lost, particularly in the second half. Many of the athletes who had just competed for their nations had obvious signs of fatigue. The captain was dismissed. Then there was Josip Juranovic’s hilarious own goal, which will be included in the blooper reel for years to come.

We could tell Celtic wasn’t at its best within the opening 10 minutes of the game. The audience complained about the passing criteria. Motherwell were organised by championship rivals . After a bumpy summer, manager Steven Hammell has anchored the ship.

However, after 15 minutes, Celtic scored the game’s first goal. Jota, one of the few men not on active military service, made it with a beautiful clipped cross from the left. The ball may have crossed the line without Kyogo Furuhashi’s intervention, but the Japanese made sure after Liam Kelly stopped Matt O’Riley’s header.

Following a corner, Blair Spittal attempted to cross the ball into the box, and as Hart went to the right of his goal to claim it, Juranovic, who was obviously not aware of his teammate’s location, chested the ball back toward the goal. Hart made a valiant effort to keep it from trundling past the line but fell short. Motherwell scored to tie the score.

During the second half, frustration permeated Celtic Park, championship rivals. Although there was effort, the quality was poor. A flash of creativity was required.

On 64 minutes, it arrived through Reo Hatate and Jota. What tiny helpers the Portuguese are. He sent a corner to the Japanese midfielder, whose dipping effort reached Kelly’s goal corner. Celtic is relieved.

Not long later, Furuhashi blew a good opportunity to provide breathing room, and Motherwell knew they still had a chance to gain something. On minute 89, Ross Tierney pounced on a short ball and forced Callum McGregor to tackle him as he ran toward goal, raising the alarm level once more. John Beaton, the referee, dismissed the Celtic captain.

But Motherwell was too late to find a leveller. Full-time employment soon followed. The champions were once again in first place of the league when the sun came out at Celtic Park. Postecoglou and company will gladly bank the points, put this one behind them, and continue.