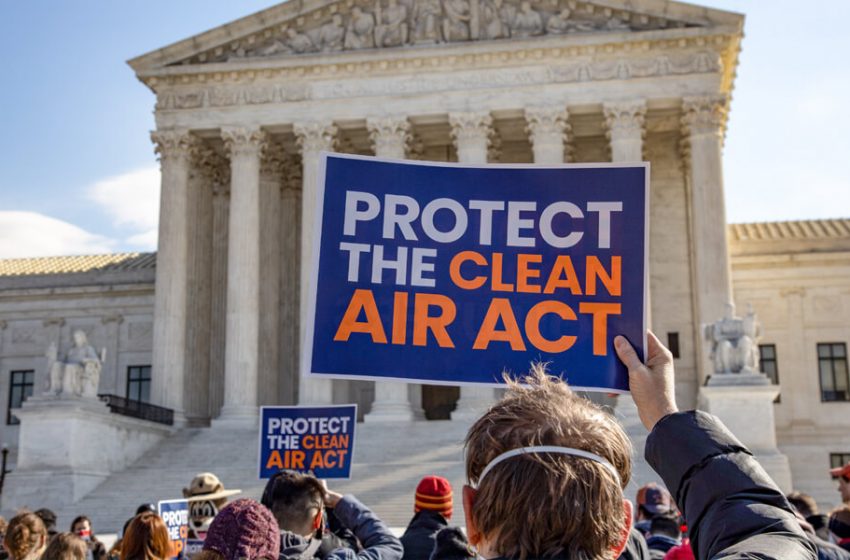 Biden's climate strategy might be derailed by this US Supreme Court judgement.

Biden’s climate strategy might be derailed by this US Supreme Court judgement.

This week, the US Supreme Court heard oral arguments in a contentious case that may further damage President Joe Biden’s climate change programme. Depending on the court’s decision, the lawsuit could possibly alter the regulatory authority of other US agencies in addition to preventing the US Environmental Protection Agency (EPA) from regulating future greenhouse gas emissions.

The unique case is based on a protracted court battle over two EPA regulations that tried to limit power plant emissions in different ways and were developed under previous presidents Barack Obama and Donald Trump. Both policies were never implemented, and it is this fact that distinguishes this case from others since typically, the Supreme Court would decline to consider regulatory matters when there is no rule to discuss.

However, the lawsuit filed against the EPA by a consortium of Republican-led states and coal firms raises the possibility of future rules that might hurt the US economy’s vital electrical sector.

In a statement issued following this week’s proceedings, Republican West Virginia attorney general Patrick Morrisey claimed that the issue was not about halting efforts to combat climate change. “Our country’s future is at risk. Who decides the important problems of the day will be determined by this case.

The Biden EPA and its supporters regard it as a blatant attempt to limit the government’s jurisdiction over industry and pollution management, including environmentalists and public-health groups. According to Sean Donahue, a lawyer at Donahue, Goldberg & Littleton in Washington, DC, who is representing the group speaking on behalf of the EPA, “the arguments being brought here truly are astonishing in terms of trying to limit the government’s capacity to safeguard public health and welfare.”

See also  Dua Zehra can decide who she wants to live with, rules SHC

What is the court case’s history?

The EPA completed the Clean Power Plan, a major climate regulation, in 2015 when the Obama administration was in office. The Clean Power Plan aimed to reduce emissions from the electrical sector by at least 30% from 2005 levels by 2030. In order to fulfil the plan’s reduction objectives, coal- and gas-burning power plants may have improved their equipment to increase efficiency and reduce emissions, but the majority of the reductions would have needed to come from other sources.

arise from the transition of electric utilities to more renewable energy sources, such wind and solar. According to the Obama EPA, this “generation shifting” strategy was in line with the Clean Air Act, which mandates that the agency take into account the greatest technology when developing rules to reduce air pollution.

Tags: Our country's future is at risk US agencies