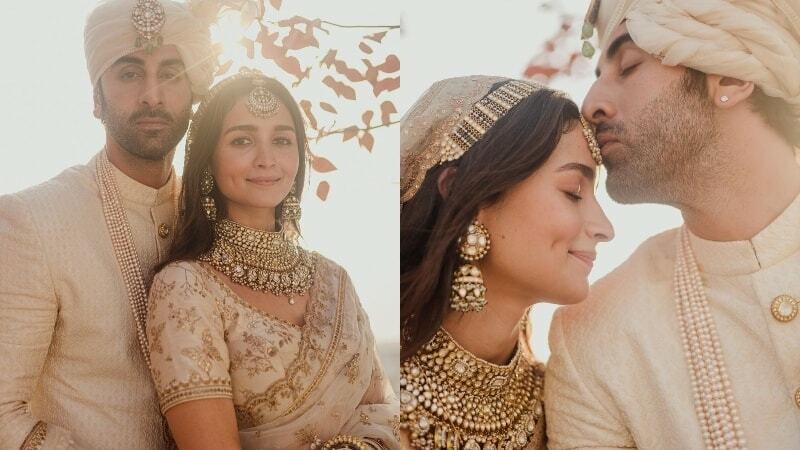 The Bollywood power couple sliced cake and raised a toast to their marriage at the Vastu building, where they each own private flats, in one of India’s most keenly awaited celebrity weddings in recent years. The pair donned Sabyasachi gowns. The pre-wedding celebrations began on Wednesday with a traditional Hindu ceremony known as Ganesh Puja at Kapoor’s Pali Hill mansion. Warm lights were used to decorate the Kapoors’ home and other sites, including RK Studios, for the wedding ceremonies. A Mehendi ritual, which is common at Punjabi marriages, was also held.

Alia Bhatt wedding was attended by Kapoor’s relatives, actresses Kareena and Karisma Kapoor, and filmmaker Karan Johar, who refers to Bhatt as his daughter. Manish Malhotra saris were worn by Kareena and Karisma, sisters.
“Barfi!” and “Yeh Jawaani Hai Deewani,” in which he co-starred with Priyanka Chopra and Deepika Padukone, respectively, catapulted Ranbir Kapoor to stardom. In 2018, he starred as actor Sanjay Dutt in the box office hit “Sanju,” which went on to become one of the highest-grossing films in Indian cinema.
Since his debut in 1999’s “Sangharsh,” Bhatt has starred in numerous successful films, including “Raazi” and “Badrinath Ki Dulhania.” “Gully Boy,” her 2019 film, was chosen as India’s submission for the Best International Feature Film category at the Academy Awards.

The two just wrapped work on their first collaborative acting role in “Brahmastra,” a long-awaited Indian superhero film due to hit theatres later this year.
In 2018, Kapoor stated that he and Bhatt were dating. “When I watch her work, when I see her act, even in life, what she delivers is something that I’m trying to for myself,” he told GQ India magazine shortly after they began filming “Brahmastra.”