The graduation of a grandfather and granddaughter has gone popular on social media.

The UTSA College of Liberal and Fine Arts shared this amazing moment on Facebook and Twitter. Netizens have praised their narrative, with congratulatory comments coming in from all around the world. 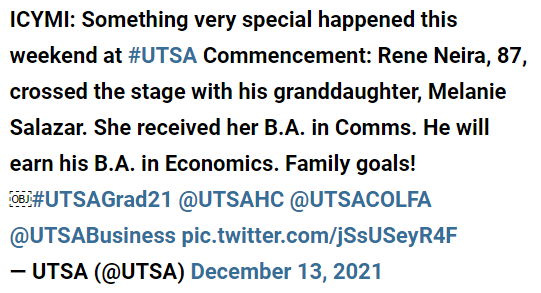 Diego Bernal, a member of the Texas House of Representatives, Rolando Gómez, a screenwriter and photojournalist, and Senator José Menéndez are among others who have shared the message.
Neira attended St. Mary’s University in the 1950s but dropped out after getting married, according to his granddaughter. He chose to finish his schooling when his wife died. Finally, in 2016, he enrolled in UTSA College of Liberal and Fine Arts with his granddaughter. He returned to college at the age of 82. 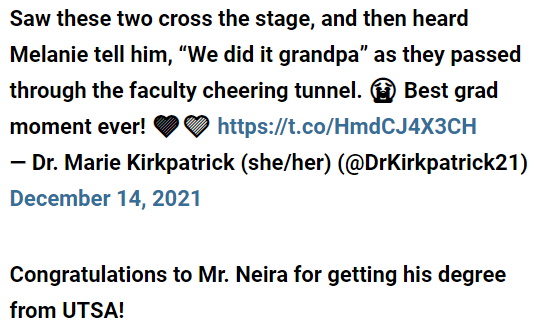 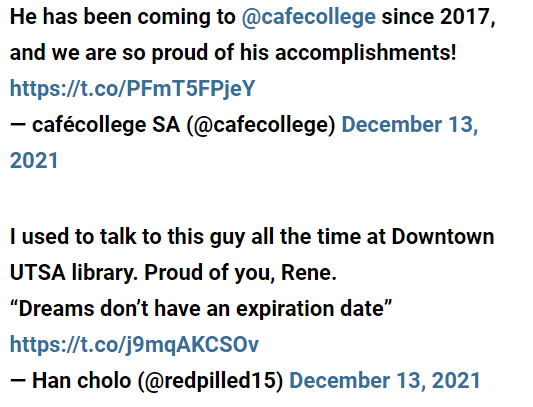 Many instances have emerged throughout the years of people realizing their desire of finishing their degree at a later age. A 94-year-old man from the United States graduated from college in 2015, while retired professor M K Prem was enrolled in numerous courses at Rajasthan University. These examples demonstrate that some people’s hunger for knowledge is insatiable.

Mayra Flores, a Republican Party, is expected to win a special election in Texas‘