Islam which is considered as a complete code of living has five basic pillars of which Pilgrimage (Hajj) stands on the fifth place.
Pilgrimage (Hajj) is performed in the last month of Lunar Islamic Calendar Zil-Hajj in which the Muslims throughout the globe participate in millions of quantity. Hajj is an obligatory prayer which is must on those Muslims who are financially stable and can bear the expenses of traveling once in their whole life.
Pilgrimage (Hajj) has three different types:

Ifrad means to “single out something” which means it only includes “Hajj, not Umrah”. The performer of this type of hajj is called “Mufrid” and they need to enter in Ihram for Hajj with its Intention (Niyyah) whiling passing through the Miqqat (a place of entrance to Haram). It is the simplest type of Hajj and performed for the residents of Makkah or the people of Jeddah (the Hill resided between the Miqaat and Haram). Mufrid are not allowed to perform Umrah in the Month of Hajj and they do not require sacrificing animals but the other rituals of Hajj apply to them. 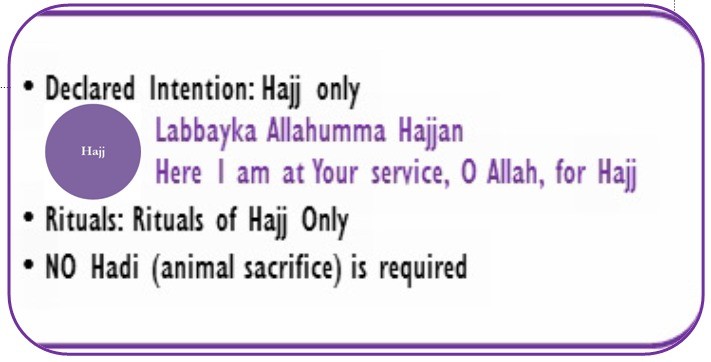 The meaning of Qiran is to “combine two things” that are Hajj and Umrah. These types of pilgrims are called “Qarin” and they have to make the intention of both Umah and Hajj together while entering in the state Ihram. After performing Umrah, the Qarin will perform Hajj by making its intention before Tawaf with the same Ihram. The Qarin are supposed to perform all the rituals of Hajj while the rituals of Umrah are merged in the same. They are also supposed to Slaughter their animals. 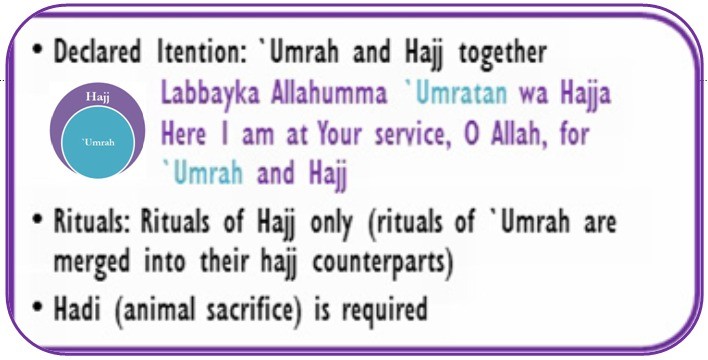 The meaning of Tamattu is to “enjoy or take advantage of the facility”. The pilgrims who come from outside countries including Indo-Pak usually perform Hajj-ul-Tamattu and are called “Mutamatte”. In this type of Hajj, both Hajj and Umrah are performed but with a break. The Mutamatte after reaching Makkah before 8th Zil-Hajj put on Ihram for Ummrah with its intention and perform “Tawaf and Sae’y” for Ummrah. And they enter the state of Ihram for Hajj on 8th Zil-Hajj with the intention of Hajj. All the rituals of Hajj and Umrah are applied separately and at the end, the Sunnah of slaughtering is performed.
Among the three types of Hajj, Hajj-ul-Tamattu is the most recommended. 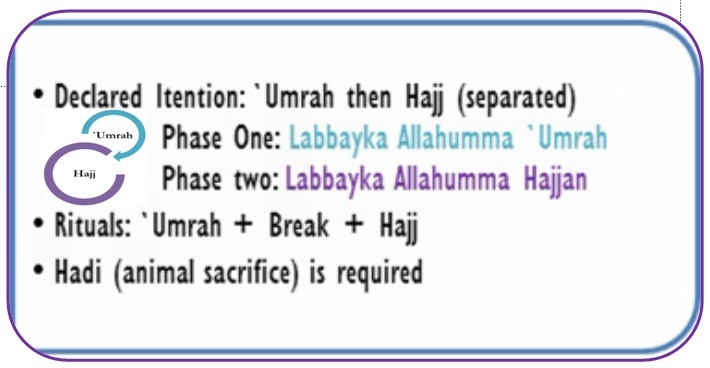 Learn Arabic Online For Adults In 2023

Ayurveda, the ancient Indian wisdom of life, has something to offer to everyone. If