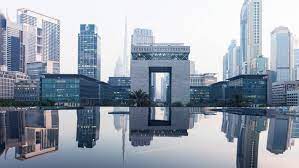 The UAE has confirmed that UK court judgments are enforceable in the UAE under the principle of reciprocity, which is a significant step forward.

significant step forward.|According to Article 85 of the Implementing Regulations to the UAE Civil Procedure Code and the satisfaction of the principle of reciprocal enforcement between the two jurisdictions, the director of the United Arab Emirates (UAE) Ministry of Justice’s International Cooperation Department confirmed to the director general of the Dubai courts on September 13, 2022, that UK court judgments are enforceable in the UAE.

When a foreign jurisdiction has signed a bilateral agreement with the UAE for the mutual recognition and execution of foreign judgments, the enforcement of foreign judgements in the UAE has historically been much simpler.

The UAE and the UK do not currently have a bilateral treaty governing the recognition and enforcement of decisions. The execution of foreign decisions is not covered under the 7 December 2006 treaty between the UK and the UAE on judicial aid in civil and commercial issues. As a result, UAE law’s regulations apply to the execution of UK judgements in the country’s onshore courts.

The requirements that must be met before a foreign judgement or order can be enforced in the UAE are outlined in the Implementing Regulations to the UAE Civil Procedure Code. significant step forward. According to Article 85(1), foreign judgments and orders may only be implemented in the UAE under the same circumstances as those outlined in the foreign state’s statute for the enforcement of UAE judgments and orders. Therefore, a foreign judgement or order will only be acknowledged and upheld by UAE courts in cases where there is reciprocity between the UAE and the issuing authority.

See also  An earthquake in Afghanistan has claimed the lives of over 900 people.

In Lenkor Energy Trading DMCC v. Puri [2020] EWHC 75 (QB), the English High Court (Court) decided to recognise and uphold a Dubai court’s ruling following a hearing in January 2020. (Lenkor). In that instance, the defendant attempted to block acknowledgment of the Dubai court verdict on the grounds that doing so would be against England and Wales’ national policy. A variety of public policy defences were put out by the defendant, including the claims that the underlying arrangement was unlawful, that the defendant’s personal accountability would pierce the corporate veil, and that the debt’s interest rate was high and therefore a punishment. These arguments were rejected by the court.

The Court stated that as it was a Dubai court implementing Dubai law, it made no difference that UAE law was different from UK law or that an English court may have handled the case in a different way than the UAE court. The Court made it quite plain that the decision had to violate English public policy, which it did not, in order for execution to be rejected.

It is now evident that the UAE Ministry of Justice believes the Lenkor decision, which established a binding legal precedent, satisfies the reciprocity stipulation set out in Article 85(1) of the Implementing Regulations to the UAE Civil Procedure Code. Therefore, the UAE Ministry of Justice has asked that the Dubai courts take this into account when deciding whether to implement judgements from UK courts in Dubai.

This communiqué, which reflects the official stance of the UAE toward the enforcement of UK judgments, is a significant development in the absence of a mutual recognition and enforcement treaty between the UK and the UAE. It should aid parties looking to enforce UK court judgments in Dubai and the rest of the UAE.

Lenkor Energy Trading DMCC v. Puri is referenced in legal publications as the decision that upheld Mr. Puri’s responsibility for the amount of the returned check, according to Byron James of Expatriate Law.

significant step forward. According to him, the UAE’s Ministry of Justice sent a warning to all courts following the Lenkor ruling stating that the case “constitutes a legal precedent and a principle binding on all English courts in accordance with their legal framework.

This might affect more than just business and corporate loans, he noted.

He said that the resolution will likely have an impact on those who live in one nation but have debts in another.
It will probably have a significant influence on people who get English financial remedy orders following a divorce ordering a UAE resident to pay lump sums of money, spousal maintenance, child support, or other amounts.