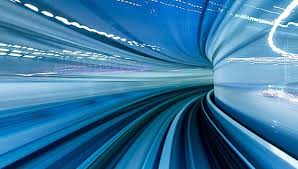 Science should be valued by Liz Truss, not feared

Science |The incoming UK administration has nothing to lose and everything to gain by cooperating constructively with scientists and universities. Populist rhetoric won’t cut it.

This week marked the conclusion of Boris Johnson’s eventful three years as prime minister of the UK. Due to the Conservatives’ majority in the House of Commons, Liz Truss will serve as both the party’s leader and the incoming prime minister.

It is crucial to steady a ship of state facing fresh economic and political headwinds as a result of excessive inflation, which is leading to quickly rising energy and living expenses, with Truss, the former foreign secretary, gaining the top role

In the UK, ties between the government and academics have been on an upswing and downswing during the last three years. Johnson’s administration produced several noteworthy accomplishments and was fond of using catchphrases like “Global Britain” and “scientific superpower.” But a long list of lows eclipsed these.

Truss frequently mentioned her track record of accomplishments during her run for party leader, notably forging trade agreements with foreign nations following Brexit, the United Kingdom’s exit from the European Union. The negative effects of the Johnson administration, of which Truss was a member, pursuing the hardest of hard Brexits, that is, striking a drastic rupture with prior EU agreements, have not, in the opinion of academics, by any means offset the benefits of such negotiations. Notably, while the UK government and the EU turn to the courts to address ongoing post-Brexit disagreements, this has blocked UK academics from participating in Horizon Europe, one of the largest research funding programmes in the world.

As differences emerged over issues like funding, academic freedom, and the “culture wars,” tensions between the government, institutions, and compliance and regulatory bodies for higher education also intensified during Johnson’s presidency. Truss’ administration must limit buzzword usage and fund research. That necessitates improved relationships between the UK government and the EU as well as between the government and UK academic institutions. Science  Additionally, the government must adhere to its own steadfast concept of maintaining “arm’s length” relationships with financing and regulating organisations.

Finances must be a top focus right away. The Advanced Research and Invention Agency (ARIA), a funder of high-risk, high-reward research with a budget of £800 million (US$920 million), was formed by the Johnson administration.

Modeled after the US Defense Advanced Research Projects Agency, DARPA, it will operate at least until December 2024. Truss must now follow through on a pledge made by the Conservatives in 2017 to raise UK expenditure on research and development (R&D) in all disciplines in order to hit a 2027 goal of 2.4% of gross domestic product (it was 1.7% in 2019). With modest increases in public R&D investment, succeeding governments have upheld their half of the deal. To fulfil the 2.4% objective, more company contributions are required, but they haven’t said how to do that yet.

The Horizon Europe problem must also be resolved as a top priority. Since the initiative only lasts for seven years, UK researchers are quickly running out of time to apply.

The funding organisation UK Research and Innovation confirmed last week in a communication that the government is offering substitute funds to UK researchers unable to accept EU awards due to the protracted disagreement. An honest and mature examination of how science and politics interacted during the epidemic should be given more emphasis, but if UK involvement is become impossible, Truss must clarify alternative arrangements. Following a rocky start to its pandemic response, the UK government moved quickly to approve initiatives to acquire, manufacture, and disseminate COVID-19 vaccinations.

Due to the epidemic, Patrick Vallance, the main scientific adviser, and Chris Whitty, the chief medical adviser, needed to have a tight working connection with researchers.

At the height of the epidemic, ministers spoke frequently with the Scientific Advisory Group for Emergencies and other government-appointed scientific bodies (SAGE). However, in an uncommon move, a group of scholars established a second advisory body, Independent SAGE, to serve as a check on both SAGE and the sources of data utilised to determine pandemic policy.

As Trish Greenhalgh, a researcher in primary care at the University of Oxford in the UK, and her colleagues describe in an article published last week in The BMJ, researchers with the necessary skills sometimes struggled to be heard by decision makers.
In it, they discuss the challenges of presenting the opinion, backed by data, that SARS-CoV-2 is an airborne virus in the face of a more prevalent official narrative that it was mostly spread by droplets.

Science and technology policy researchers should examine the experience of pandemic science advice to learn what worked and what didn’t, who was heard in government circles and how and why, as well as why certain academics were unable to make a breakthrough. The UK COVID-19 public inquiry, which started in June, may benefit from this study.

The government’s interactions with UK universities are another issue. Since many university employees feel underappreciated, academics went on strike in February over wages, workloads, and pensions. More strikes are being contemplated by members of the University and College Union as a result of the strained relations between the government and institutions.

Some governments have criticised independent compliance programmes like the Athena SWAN and Race Equality charters, through which UK universities are seeking to become more accommodating of diversity and gender equality, and have questioned the usefulness of humanities and social science courses.