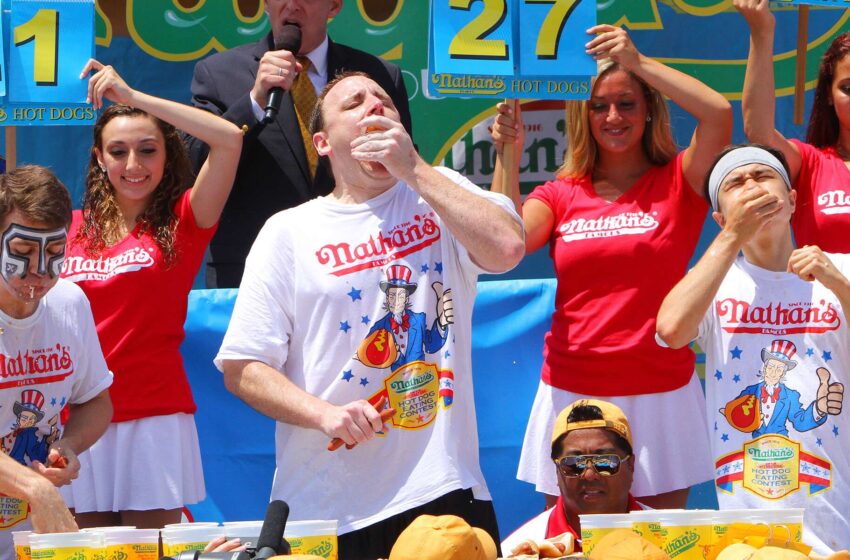 For some, the Fourth of July is just a national holiday celebrating American history. Others view it as the pinnacle of summertime, when they celebrate with beach days or outdoor cookouts. This year, it’s even better because it occurs on a three-day weekend. But for a certain group of individuals, it’s the day of the renown Nathan’s Hot Dog Eating Contest, which is an occasion to be honoured.

For those who are unaware, Nathan’s Hot Dog Eating Contest is exactly what it sounds like: a competitive event where participants compete to consume the most sausages and buns in the shortest amount of time. The event will take place on Coney Island as usual.

With 14 victories under his belt, the defending champion Joey Chestnut is the favourite to win the men’s tournament. It will be more important to see whether he can break his previous record of 76 hot dogs and buns in 10 minutes. Eyes are on Miki Sudo, who has won the title every year since 2014 in the women’s division. The one exception came in 2021, when she chose to withdraw from the contest because she was pregnant.
Also at risk are monetary awards. The largest award is $10,000. The winners of the silver and bronze medals each get $5,000 and $2,500.

Where can I watch “Nathan’s Hot Dog Eating Contest” on television?
On Monday, July 4, the men’s competition will be aired live on ESPN beginning at 12 p.m. ET. This year, Richard Shea and John Anderson, hosts of ESPN’s SportsCenter, will give both in-depth analysis and play-by-play commentary. At 10:45 a.m. ET, ESPN3 will carry the women’s competition.

How can “Nathan’s Hot Dog Eating Contest” be seen online?
unless you have cable. There are still several options for watching the event live online. You might not even need to pay anything at all thanks to free trials. ESPN’s live programming is available on streaming services including Hulu+, DirecTV, Fubo TV, and Sling TV.