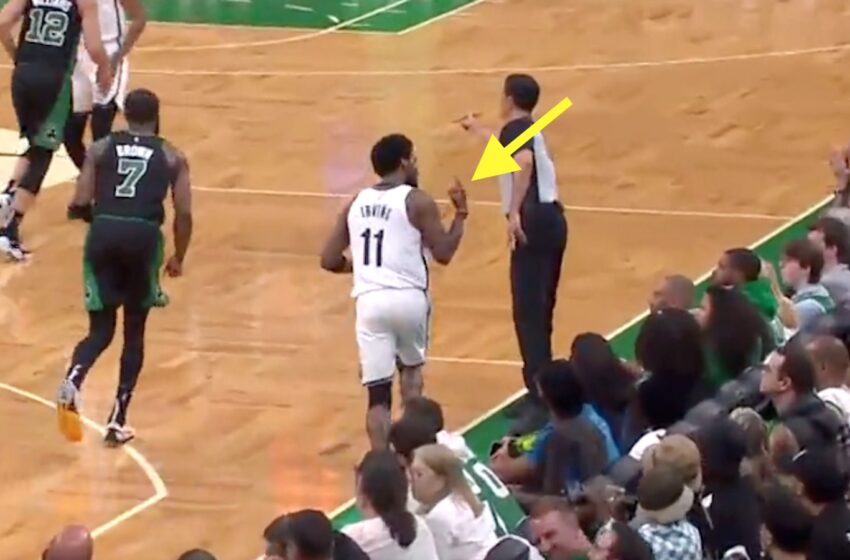 After a tough three-pointer, Kyrie Irving slams the Celtics‘ fans.

Irving sparked a 17-2 Nets surge in the fourth quarter, bringing them back into the lead after trailing by double digits to the Celtics. Irving had had enough of being a target of Boston fans since he declared he wanted to re-sign with the Celtics but left for Brooklyn a year later — plus Irving stomped on the Celtics’ center-court emblem after a Nets win — and after a made 3 during that game, Irving had had enough.