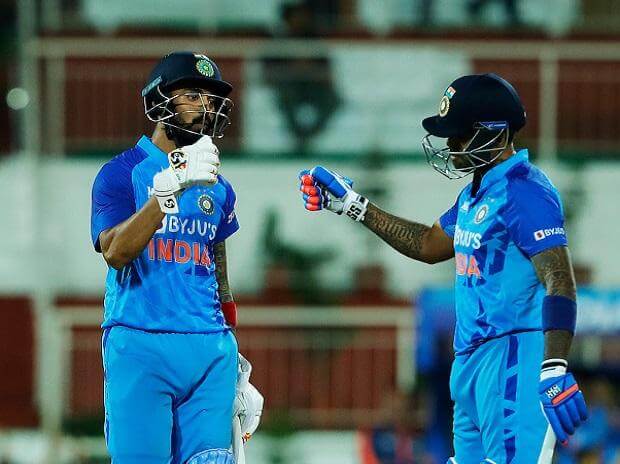 The second T20I at Guwahati turned out to be very different from the first T20I in Thiruvananthapuram, which was an exciting battle between bat and ball. India scored 237 runs against mediocre bowling from the visitors, but the hosts also played poorly with the ball and let up 221 runs in retaliation. The strong opening pair that India had, which South Africa was unable to duplicate for the second straight game, ultimately proved to be the difference between the two teams.

The top five Indian players all produced confidence-boosting performances to help India to their fourth-highest T20I total in history. In his 22-ball 61, Suryakumar Yadav once again demonstrated why he is currently the most intriguing T20I batsman. Virat Kohli demonstrated how to mix aggressiveness with accumulation in his unbeaten 49. Rohit Sharma fought a possible finger injury to make a respectable 43. Dinesh Karthik proved that few players finish innings as he does with his cameo of 17 at a strike rate of 243. Finally, KL Rahul served as a reminder that when he wants to, he can bat at a 200+ strike rate with his 28-ball 57

Early in the chase, South Africa was on the verge of losing when two of its top three players went down for ducks. With little to lose, the in-form David Miller was able to set his greatest T20I total of an undefeated 106. With Quinton de Kock, he dominated an undefeated partnership of 174 runs and almost forced South Africa over the finish line. In the end, though, India’s bowlers had an excessive number of runs to work.

On paper, India’s victory handed them a commanding 2-0 series lead, although both teams would have like to have played differently. After a promising start, India’s inexperienced bowling attack was destroyed, while South Africa’s top order form and seam-bowling performance raised concerns.

Rahul sliced for four off Kagiso Rabada’s bouncing first-ball boundary as the game got underway. Then, after surviving a chop-on onto his stumps from Wayne Parnell, he capitalised on the bit of good fortune to reach 25 in 11 deliveries. After being knocked out of rhythm by a blow to his finger while attempting to scoop Parnell, Rohit took advantage of Rahul’s quick start to regain it.

India had 57 for no loss after six overs. Once both openers were placed on a surface where they could rely on the bounce, they continued to assault nonstop until their partnership came to an end. Rahul looked regal in his square cut and flicks off his toes that sailed over a square leg. After a mediocre start, Rohit’s timing was impeccable as he met the ball for the drive through cover or squatted down for the sweep. However, while attempting to drag Keshav Maharaj for a slog sweep from the outside off, Rohit died seven short of his fiftyth birthday.

Temba Bavuma chose Aiden Markram’s offspin in the following over after observing Maharaj’s success in comparison to the seamers, but Rahul pounced on the over from the part-timer to reach fifty in 24 balls with a six. Even though Rahul was bowled by Maharaj in the 12th over, the following over, India was still moving along at just under 10 runs per over, thus he had contributed to their goal of 200+ runs.

See also  Moving ahead at COVID-19 times: Pakistan has not so far applied for G20 debt relief