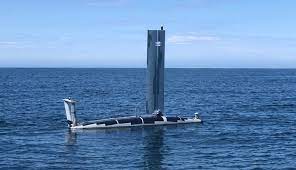 Increased military spending, cheap interest rates, robust economic growth in emerging economies, and an increase in oceanographic surveys all contributed to growth over the historical era.

Future development will be fueled by a growing interest in unmanned platforms, a workforce scarcity, rising offshore demand, and quicker economic expansion. Future market expansion for autonomous maritime vehicles may be hampered by factors such as strict restrictions, cyberattacks, and insufficient financing and budgets.

Military and defence, archaeology, exploration, oil and gas, environmental protection and monitoring, search and rescue missions, and oceanography are the different application categories of autonomous maritime vehicles. When the market for autonomous marine vehicles was broken down by application in 2021, the military and defence sector accounted for 32.7% of the total.

With a CAGR of 16.0% between 2021 and 2026, the military and defence sector is anticipated to have the fastest future growth in the market for autonomous marine vehicles.

With 42.9% of the market for autonomous marine vehicles in Asia Pacific in 2021, it was the largest region. North America came next, and after that came the other continents. Africa and the Middle East will have the fastest growth rates in the market for autonomous marine vehicles, with CAGRs of 20.4% and 19.0%, respectively. The markets in Asia Pacific and Eastern Europe are anticipated to rise at CAGRs of 17.2% and 16.0%, respectively, after these.

The COVID-19 pandemic-related strict regulations had an effect on the maritime sector, as they did on most other businesses. Due to the importance of the marine industry to the world economy,The economy’s expansion was constrained.

The International Maritime Organization (IMO) estimates that 400,000 seafarers will still be working aboard commercial ships in December 2020 even though their contracts have expired and they are unable to be repatriated. Additionally, due to quarantine periods, a number of ports had to close, which decreased the demand for cargo. Due to the drop in demand and their inability to remain viable in this circumstance, several smaller marine and shipping enterprises had to declare bankruptcy. Rising disagreements were noticed in laytime settlement between owners and charters.

The adoption of artificial intelligence in products due to their adaptability and wide range of features, the adoption of the use of 3D printing to manufacture lightweight, customizable, and affordable components, the offering of an autonomous vehicle fleet to the oil and gas industry, the adoption of recent technological advancements in the sector, a focus on strategic alliances for the expansion of distribution, and a focus on improving business practises are just a few of the market-trend-based strategies for the autonomous marine vehicles market.

The expansion of maritime operations through the construction of new facilities, the focus on the design and development of new products for military applications, the extension of product reach through strategic partnerships and collaborations, and the expansion of business through the strategic acquisition of firms engaged in comparable industries are all player-adopted strategies in the market.