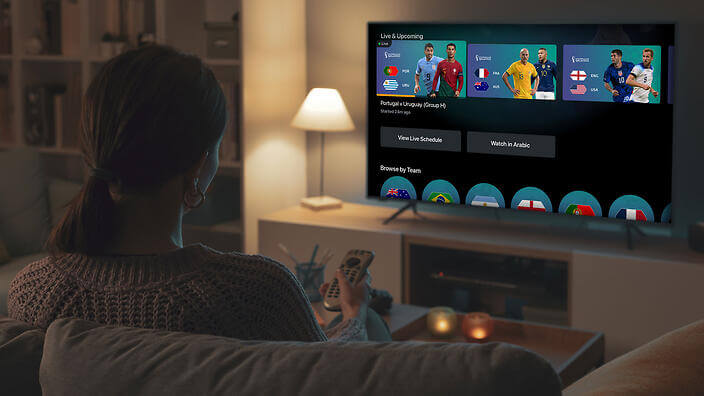 Here are all the JioCinema alternatives you can use if you don’t enjoy the streaming service during the FIFA 2022 World Cup.

The first football World Cup following the Covid-19 pandemic, the 2022 FIFA World Cup in Qatar, began yesterday. However, JioCinema, the official streaming app, had problems that evening, which caused many Indian football fans to have a difficult time getting into the competition. The end result was a jerky live-stream feed for thousands of users.

This rendered many users without access to TV/DTH services like Tata Play unable to watch the World Cup 2022 Opening Ceremony or the match that followed, in which Ecuador defeated host nation Qatar 2-0. While many of the problems were resolved by the end of the game thanks to a quick update by JioCinema that also added some new features, others might still be looking for alternative ways to watch the competition.

If you don’t want to use the JioCinema app, here are all the many methods you may watch the World Cup in its official streaming format.

Subscribing to Network 18’s Sports 18 TV channel through your cable or DTH provider is the official way to stream the World Cup 2022 competition and may be the best way to watch the Cup’s matches right now. You can choose Sports 18 HD if your television supports high-definition playback (HD), which will provide you with a better viewing experience thanks to its higher resolution and wider 16:9 aspect ratio.

On November 20, the opening match was not streamed online by Sports 18 or Sports 18 HD, therefore viewers of the game on television were not affected by lag, delay, or choppy streaming. Additionally, it is doubtful that you will experience any troubles with Sports 18 in the future tournament games. MTV HD will also be airing the games in Hindi for those who prefer to watch the action in that language.

JioTV is an app/service that is solely available to Jio members, unlike JioCinema, which is available to all users regardless of whether they have a Jio subscription or not. Although JioTV didn’t offer direct World Cup streaming, you may use the app to view other TV channels via the internet. These include the official Cup streaming channels Sports 18 and Sports 18 HD.

This makes it simple for Jio subscribers to view World Cup games on the JioTV app. Simply launch and sign in to the JioTV app on Android or iOS to do this, then select the Sports category from the TV Guide section. The two Sports 18 channels can then be found by scrolling down.

There is a workaround for Vodafone Idea members to view the World Cup 2022. On iOS or Android, users with a VI number can download the My Vi app. Users can stream games for free using the Vi Movies and TV app. However, you would need to sign in to both apps using your Vodafone Idea phone and an OTP first (one-time password).

Both the Android and iOS Tata Play apps and the desktop and laptop-compatible Tata Play Web interface (watch.tataplay.com) allow users of Tata Play (formerly Tata Sky) to watch the World Cup via the Sports 18/Sports 18 HD channels. Keep in mind that to access this, you must be a current Tata Play subscriber. The Sports 18/Sports 18 HD channels are available for as little as Rs. 14 per month, are also required to be subscribed to.