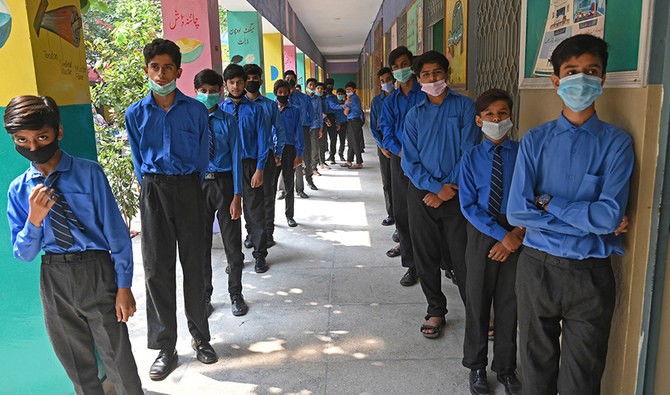 No Closure of Educational Institutions

Federal Minister of Education and Professional Training Shafqat Mehmood denied reports indicating that schools and educational institutions would once again be closed due to the increasing number of cases of coronavirus among students and teachers. The Federal Minister said in a tweet: “Fake news that educational institutions will be closed on October 15 is being shared on social media.” In this, no facts’.

Similarly, refuting claims of school closures again, Minister of Education Murad Raas of Punjab said that both Punjab’s public and private schools will remain open as planned. “The closing of schools on October 15 is entirely false. Please observe SOPs strictly, “he said in a tweet.

Lawmakers’ comments came as speculation spread regarding the closing of educational facilities after cases of coronavirus were identified among students and teachers at different schools. Last month, after new virus cases had reported a steady decline over the previous few weeks, the education minister declared the resumption of educational activities in a phased manner from September 15. In March, the government agreed to close down all educational establishments to curtail coronavirus transmission.

On September 29, Shafqat Mehmood claimed that only one percent of the COVID-19 cases had been registered since their reopening in educational institutions.