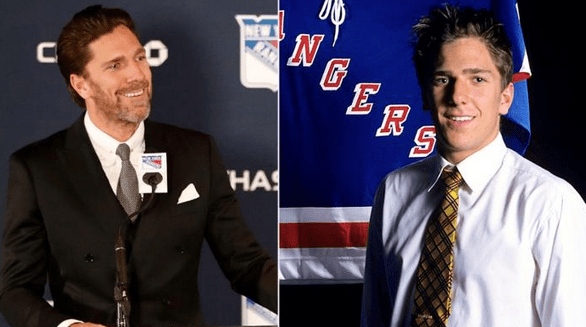 Before the 2000 NHL Draft, Lundqvist makes fun of turning up at the incorrect spot.

Legendary Rangers goaltender claims he only had one encounter and botched it up. Henrik Lundqvist has the sixth-most shutouts in NHL history, the sixth-most career victories, a 2.43 lifetime goals-against average, and a.918 career save percentage.

Imagine if he had been present on draught day at the appropriate moment.

On Saturday, 22 years after his selection, Lundqvist, who spent all 15 of his NHL seasons with the New York Rangers, posted a humorous account of what transpired at the 2000 NHL Draft.

The Swedish-born goaltender claimed he had buddies over for a trip to Spain but decided to attend the draught in Calgary instead.

He stated with considerable shame that only one team requested a meeting with him and that he went to the wrong location.

After the Rangers posted a photo of a very young Lundqvist on the day of the selection, the narrative spread. In 2000, Lundqvist was made fun of for seeming even younger than his actual age of 18 by former teammate and current ESPN hockey commentator Dominic Moore.
However, despite the blunder, everything turned out in the end, according to Lundqvist.

He stated, “Day and a half later and seven rounds later, I was finally home.”