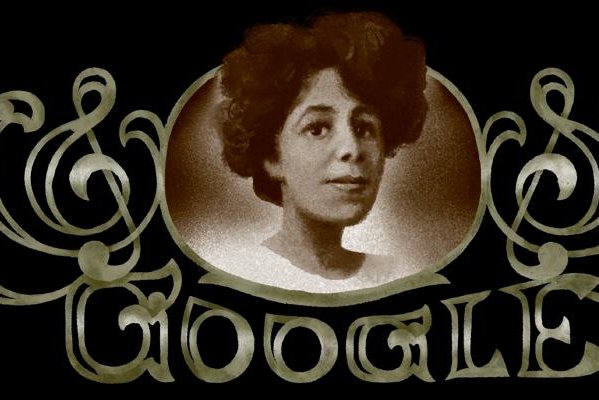 Amanda Aldridge, a British opera singer and composer, is honoured with a Google Doodle.

Amanda Aldridge was born into a family of actresses and musicians in London on March 10, 1866. Her mother was a prominent African-American stage performer, and her father was a Swedish opera singer. She studied singing and harmonies at London’s Royal College of Music under the direction of greats such as Jenny Lind and Sir George Henschel, having a natural gift for music. She went on to pursue her own musical career after graduation.

Amanda Aldridge’s concert career, on the other hand, was cut short due to an attack of laryngitis that resulted in a throat injury that destroyed her voice. Instead, she became a music teacher, opening the way for a new generation of musicians to continue on the great history of music.

Paul Robeson, a well-known American actor and political activist, and Marian Anderson, the first African-American vocalist to appear at the Metropolitan Opera, were among Amanda Aldridge’s students.

Amanda Aldridge was also a talented composer in the “parlour music” genre. Sheet music was the most efficient way for songs to spread before record players became a common household item. The piano, which was a typical element in middle-class houses, was used to perform parlour music, which was designed to be played at home with singers.

Amanda Aldridge wrote approximately 30 compositions between 1907 and 1925, several of which were published under the pseudonym “Montague Ring,” including the song “Azalea,” which is included here. Her art was praised for successfully mixing the various styles of her own ethnic heritage, which she did frequently.